This article is part of our CES roundups for Alexa series.

Every year at CES, there is always a dominating theme showcased by electronics manufacturers. 3D TVs, wearables, health, crazy smartphones, and connected appliances are just a few examples. CES 2018 saw the continuing domination of Amazon's Alexa voice assistant, though Google Assistant put up a fair fight.

Alexa isn't confined to audio products either - we've seen her on appliances, robots, and other tech. There were so many products announced at CES with Alexa that it was impossible to give all of them separate posts (and if we're being honest, some of them don't really deserve one). Now that the show is over, here's a summary of all the new devices with Alexa or Alexa integration from CES 2018. 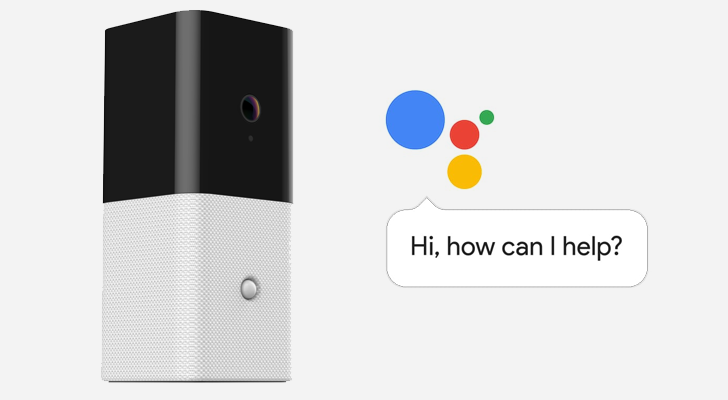 The Abode iota functions as a security camera and ZigBee/Z-Wave smart home hub. Sadly, it's only Alexa-enabled instead of having Alexa, so you'll need to use a separate device to control it. It's definitely more oriented as a security device - you can find out more info in our previous coverage.

Acer revealed an Alexa-enabled projector, named the V6820M/i (pictured above). Much like Optoma's model further down this list, it has a resolution of 4K and supports HDR. The projector can also play 3D content over HDMI. Once you enable the Acer Projector Smart Home skill in Alexa, you can use commands like "Turn on the projector," "Select HDMI as the projector source," and "Alexa, change projector display mode to bright." Acer has not yet announced a price point or release date.

The company also announced that select Aspire, Spin, Switch, and Swift PCs starting in Q1 2018 will receive Alexa. The update will come from Acer's Care Center software, with a wider rollout expected in mid-2018. Some recent Acer laptops (like the Switch 7 Black Edition and Spin 5) have four microphones for better far-field voice recognition.

Allwinner announced the 'SoC-Only 3-Mic' development kit, one of several platforms that are pre-approved for Alexa Voice Service (AVS). In other words, if a company wants to make a smart speaker or other product with Alexa, it can use this instead of developing their own hardware and software from scratch. This one comes with a three-microphone array, a quad-core SoC with a built-in DSP, and "advanced algorithms" for echo cancellation/noise reduction.

Amlogic also announced the A113X1 development kit. As with the other kits on this list, it's pre-approved for Alexa support. The A11X1 can be used with varying amounts of microphones, and supports echo cancellation. 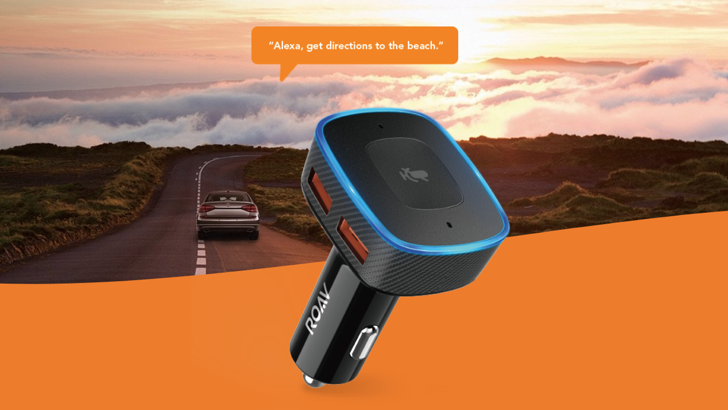 If you want Alexa in your car, but don't want to pay $230 for Garmin's dashcam Alexa device, Anker has another option. The Roav VIVA plugs into your car and outputs audio through a Bluetooth connection. We covered it in detail here, if you want the full low-down.

ASUS announced the Lyria Voice, a speaker that also functions as station for the company's Lyria mesh networking system. That sounds like a weird combination at first, but if you already use Lyria products in your home, this lets you extend network coverage while also pimping out your home with speakers. No pricing or availability information is available yet, but ASUS already has a page for it on its website.

Customers of Comporium, an internet/TV/security system provider, can now use Alexa to control their home. With the Comporium ReadyHome system installed, Alexa-enabled devices can control lights and thermostats. More information is available here. 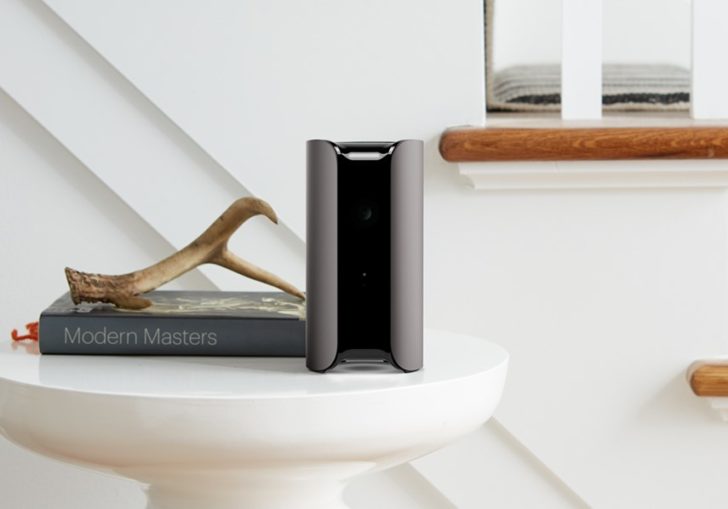 Canary revealed its new Canary View home security camera, which we covered in detail here. It has a 147-degree wide-angle lens, can record at 1080p, and is integrated with both Google Assistant and Alexa. You can already buy it from Canary's website for $99.

D-Link is well-known for its networking products, so it only makes sense that it would enter the smart home business. The company's new 'Connected Home Ecoysystem' includes security cameras (one of which works outdoors with an LTE connection), smart plugs, and a water sensor. They work with Alexa, Google Assistant, and IFTTT. No availability or pricing details were announced.

Perhaps the strangest device on this list is the Delta® Touch2O Technology faucet, a smart water faucet with Alexa integration. Some of the available commands include turning the water on/off, measuring water quantity, and even warming water. You can find more details here. 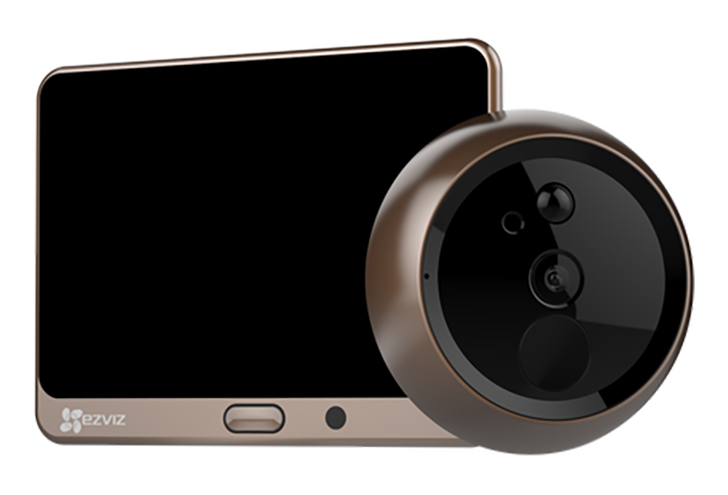 The Lookout Smart Door Viewer, which consists of a camera for your door and a viewscreen, was announced by EZVIZ at CES. It includes face detection, and can be connected to Alexa. The Smart Door Viewer will cost $229.99, and will go on sale in the first quarter of 2018. 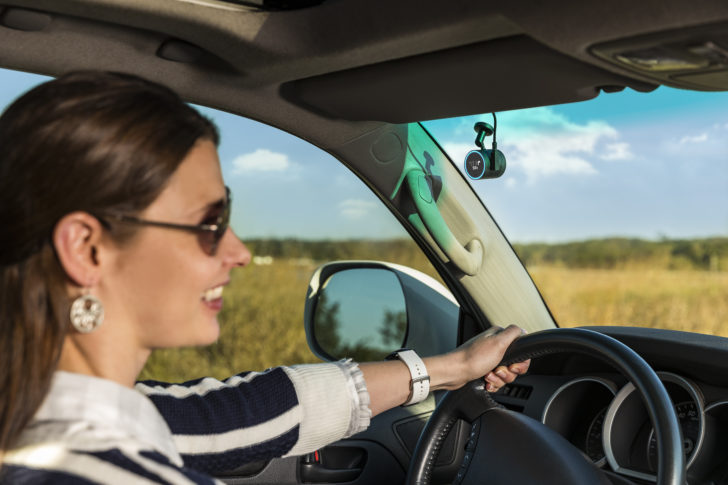 The Garmin Speak Plus was announced at CES, which is not only a fully-functional dashboard camera, but also has Alexa built-in. It will automatically record and save files when an incident is detected (hopefully there's a manual option as well), and will alert drivers when they are too close to the vehicle ahead or if the driver is drifting on the road. It needs to be connected to a Bluetooth-enabled smartphone to work, and will be released in mid-February for $229.99. 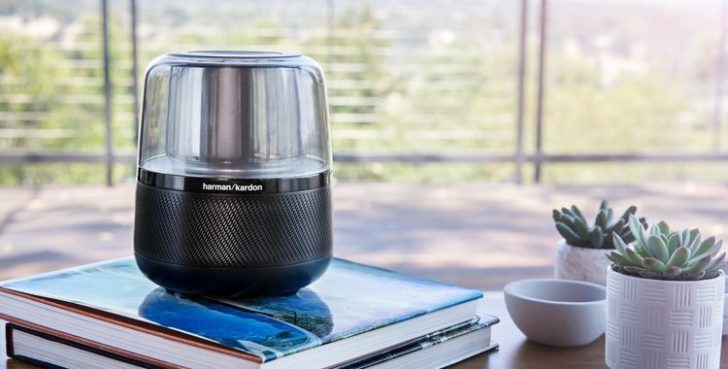 One of Harman Kardon's many, many, many new products announced at CES was the Allure Portable with Alexa (pictured above). If that looks familiar, it's because Harman actually released it at last year's IFA, but the price is now $199 instead of $249. Everything else seems to be the same, but Harman still says it's brand new. It should go on sale this spring. 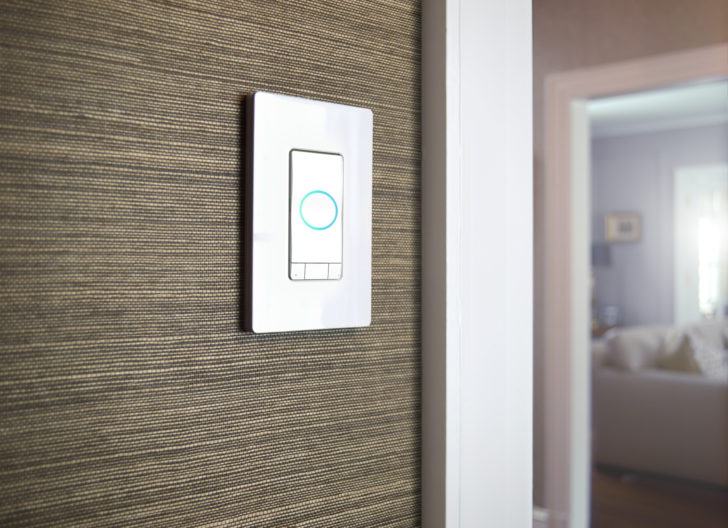 There are now light switches with Alexa, because why not? iDevices announced the Instinct this week, which is a smart light switch, an Alexa speaker (albeit a very tiny one), an ambient light sensor, and a motion detector in one device. The company said it will be available sometime this year from its website.

If you have an electric car, iDevices is also working on an EV charger with Alexa integration. Apparently, you'll be able to remotely monitor and control the charge of your car from anywhere. It will go on sale sometime this year.

If you use Interlogix's 'UltraSync' smart home system, you'll soon be able to control everything with Alexa. This includes lights, thermostats, and other supported Z-Wave appliances. Users may have to contact their security dealer to get the over-the-air update that enables Alexa support. 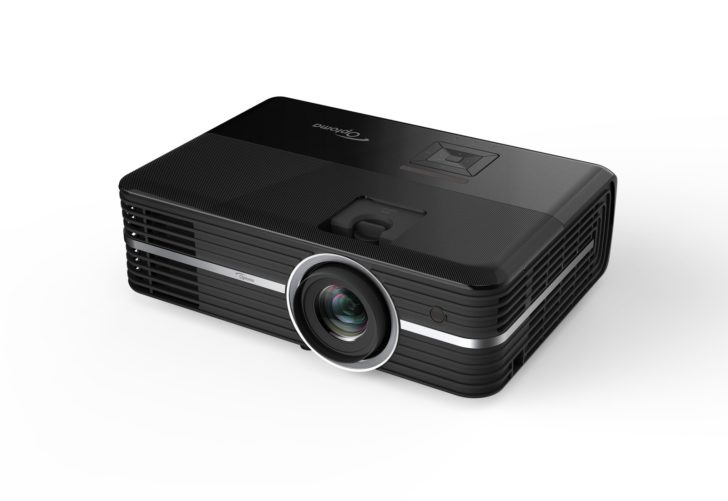 Optoma also announced an Alexa-enabled home theater projector at CES, the UHD51A (pictured above). It has a 2,400-lumen lamp, a 500,000:1 contrast ratio, an RGB color wheel, HDR10 support, and dual HDMI 2.0 inputs with HDCP 2.2. The projector integrates with Alexa Smart Home and Custom Skills, and has a 4K resolution with 60Hz support. It will be available in Q1 for $1,699. 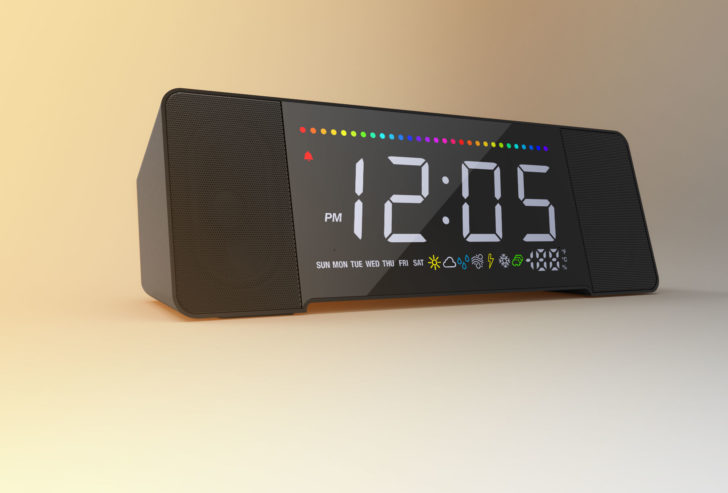 Another option for Alexa in the car comes from Panasonic. The company announced that it is working with Amazon to offer new head units with Alexa built-in. 'Alexa Onboard' will even partially work offline, and be able to control car functions like media playback, HVAC, and navigation. At the moment, we don't know when units with Alexa Onboard will become available to consumers.

The last Alexa development board on this list is Qualcomm's Smart Audio Platform. It includes a quad-core ARM A53 processor, dual-band Wi-Fi, Bluetooth 4.2 + BLE, a six-microphone array, and more. You can find the full details here. 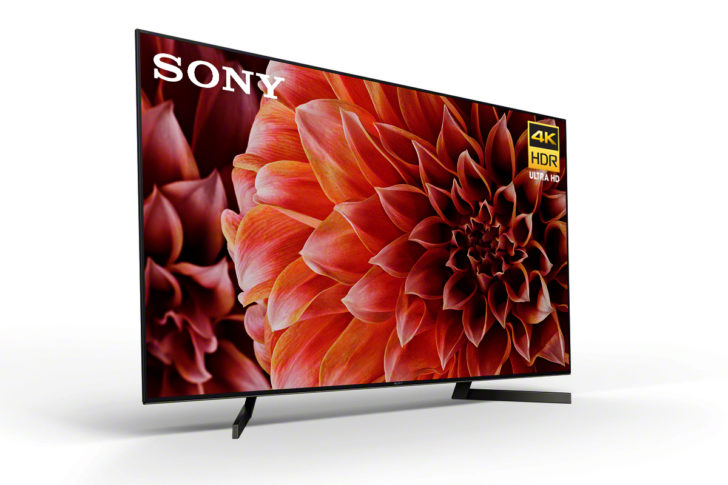 Sony revealed two 4K HDR TV lineups that can be controlled with both Google Assistant and Alexa, the 'A8F Series' and 'X900F Series.' They run Android TV and include 'X-Motion Clarity,' extended dynamic range, and more. You can see all the details in our previous post here.

TiVo announced that its set-top boxes would soon work with IFTTT, Alexa, and Google Assistant. The company mostly focused on IFTTT for the announcement, but the update should arrive in the next few months. If you're interested in learning more, see our previous post. 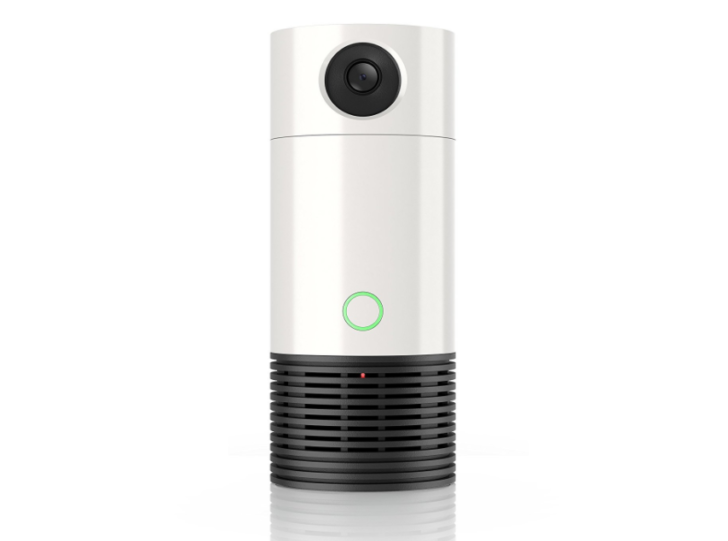 Smart home setups can quickly become convoluted, especially if you're trying to use products from several different companies. The Toshiba Symbio (pictured above) is a ZigBee/Z-Wave smart home hub, a 1080p wide-angle security camera, a sound detector, an intercom, and an Alexa speaker all in one device. We covered it in detail here, and it's already available on Amazon for $249.99.

Vuzix announced the Blade AR smart glasses at CES, which have Alexa built-in and can connect to your phone for an internet connection. The only catch? They cost $1,000. Vuzix plans to release a developer version in the next few months, with a consumer product coming in the second quarter of this year. 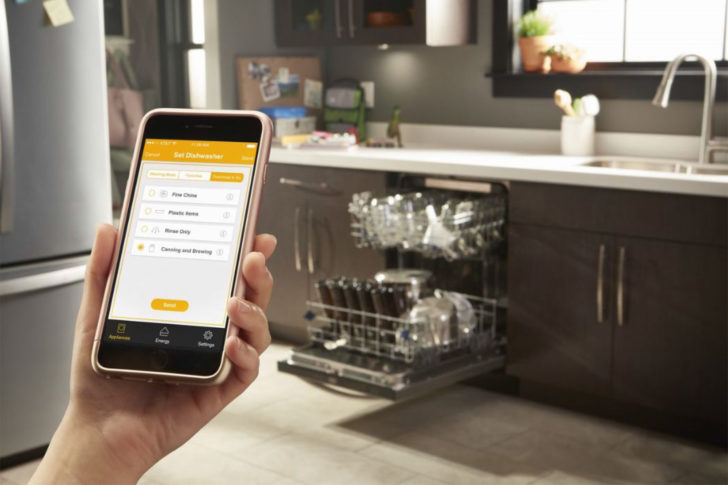 Whirlpool announced a series of Alexa and Google Assistant-enabled appliances at CES. These include various microwaves, dishwashers, washers, dryers, and fridges. If you ever wanted to talk to your oven like in Walt Disney's Carousel of Progress, Whirpool expects to release them sometime this spring.

Wisenet announced two new security cameras at CES - the $150 N1 and the $200 N2. They have facial recognition, arming and disarming, a 130-degree 1080p lens, and two-way audio. Both of them have Alexa integration, and you can view the camera feed on the Echo Show. Check out the company's website for more info.

[Deal Alert] Buy a new Pixelbook, get a free Pixelbook Pen ($99 off)