YouTube just took a big version jump from v12.49 to v13.01, but you probably won't notice a lot of changes if you're just tapping around. In fact, this update appears to be pretty average for most of YouTube's releases, which usually include a couple tweaks here and there, and sometimes some interesting material for a teardown – and this update has both. You'll find a new page in the Settings screen for autoplay options, and a teardown turns up some inspiring progress on a dark mode and possibly an adjustment to the ad-skipping experience. 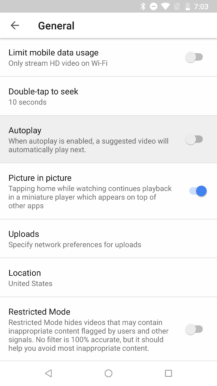 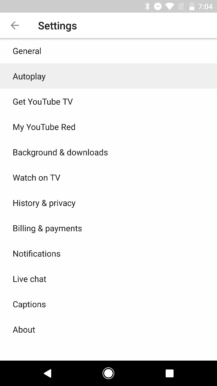 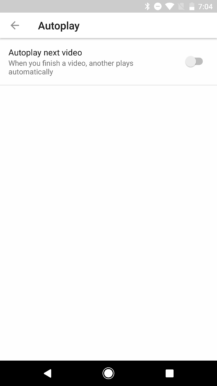 The only thing most of us are likely to see in this update is a relocation of the autoplay setting. It previously resided in Settings under the General page, but the new version breaks it out into an entirely separate page titled Autoplay. The setting itself has also been given a more specific name and description.

While this is only a relocation of the setting, it's unlikely YouTube is creating a whole new page just for one setting, so we can probably expect to see more autoplay-related options in the future. I have a feeling the next setting to find its way onto this screen will be the 'Play as you browse' option that began popping up for some users about three months ago. If there are going to be a few different autoplay options, I'm happy to see them separated into their own section.

Dark Mode is getting closer 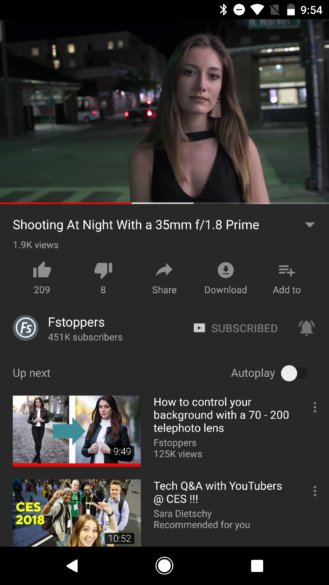 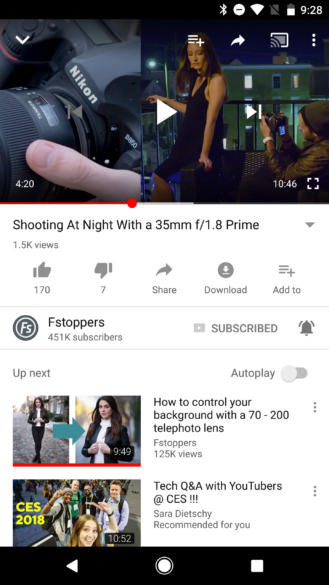 Hope came to many of us back in November when evidence of a new dark theme appeared. It could be enabled on rooted phones, but the theme clearly wasn't complete. The background of some elements was black while others remained white, and some text and icons were basically invisible against the black background.

Work has been continuing and the current dark theme seems to have progressed significantly. Frankly, it looks finished to my eyes, and I like it. The pure black background has been removed in favor of the fairly standard dark color used in some other apps. This is generally good because it avoids the streaking effect when scrolling on many OLED displays.

There are actually now two settings for enabling the dark theme. The first, which we saw in a previous teardown, is intended to turn just the video player screen to dark mode. A new one has been added with this version, and the text explains that this one is intended to display the dark theme throughout the entire app. Great news, right? Unfortunately, that part isn't finished yet. As you can see in the screenshots below, the text has been changed in advance of the backgrounds, which means they're both white. 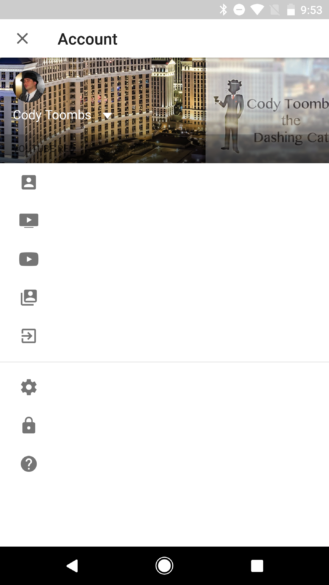 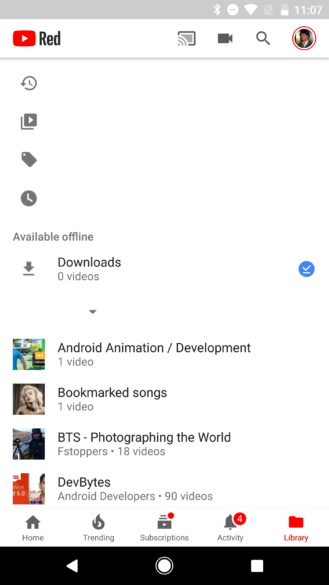 Even though the re-theme of the entire app isn't finished yet, it's encouraging to see progress. Hopefully a final version will be ready soon. 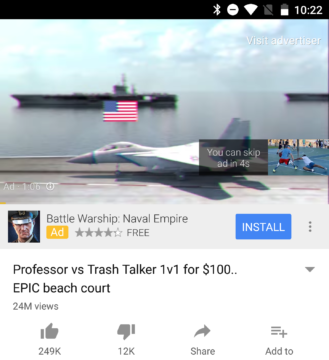 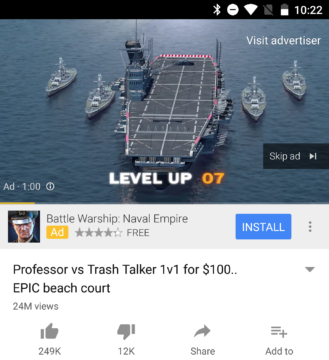 If you're not a YouTube Red subscriber, or using a method of ad-blocking, advertisements are likely to be a big part of your YouTube experience. At present, you have to sit through a few seconds of video, after which the Skip Ad button appears and you can move along to the original destination.

It looks like YouTube might be experimenting with a small change to that interaction. Instead of hitting a button, some new text suggests users will be able to simply swipe across the screen to skip the ad. I assume this will be a little more reliable since it can be easy to accidentally tap the video while aiming for the button.