With Samsung slated to unveil the Galaxy S9-series of phones next month, it's actually a bit surprising how few leaks there have been. That might be about to change, though, with a photo of an alleged retail box for the Galaxy S9 having been posted on reddit. It reveals a decent amount of information, including a 'Super Speed' camera with an aperture of f/1.5, 'Super Slow-mo,' and stereo speakers that have been tuned by AKG. 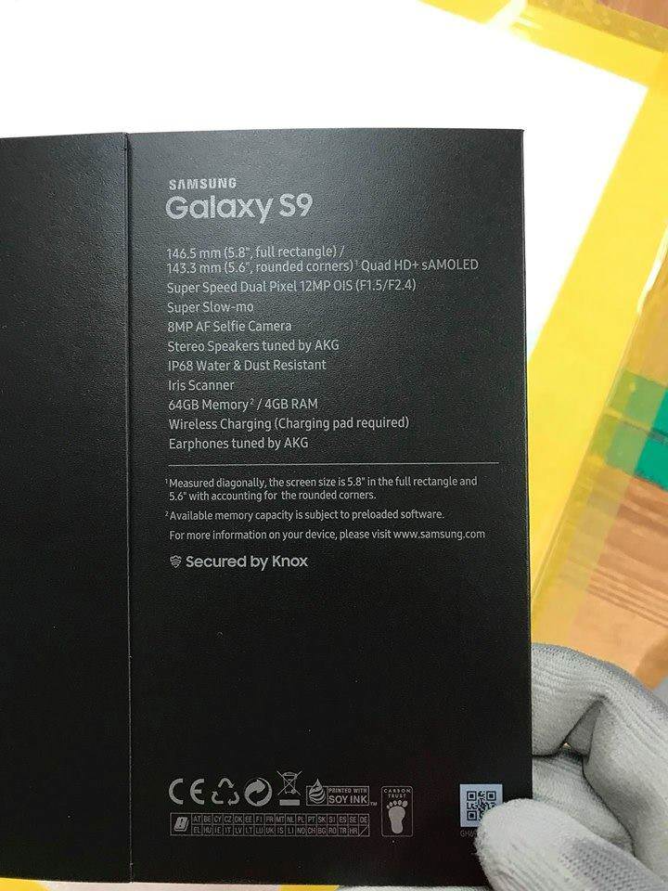 According to this image, the Galaxy S9 will sport a 5.8" 1440p AMOLED display with rounded corners similar to 2017's Galaxy S8. In fact, it looks like there will be quite a few similarities, including a 12MP 'Dual Pixel' camera with OIS on the back, an 8MP camera up front, IP68 water and dust resistance, an iris scanner, 64GB of storage, 4GB of RAM, wireless charging, and included AKG-tuned earphones.

However, the box does note some new features, such as the camera being of the 'Super Speed' variety. Interestingly, two apertures are mentioned: an industry-leading f/1.5, as well as a more tame-sounding f/2.4. This camera sounds eerily similar to the one on the W2018 flip phone, which switches to the f/2.4 aperture when lighting is ideal, possibly adding increased sharpness and contrast. The W2018's camera is also of the OIS-equipped 12MP Dual Pixel variety. This was speculated to be on the Galaxy S9, and it sounds like that rumor may be coming true.

Also mentioned is 'Super Slow-mo,' which likely refers to something similar to Sony's 960fps slow-motion capabilities. We don't know for sure what frames-per-second the S9's camera will be able to achieve, but we wouldn't be surprised to see the same figure as the one attributed to Sony's cameras. Lastly, stereo speakers tuned by AKG are also mentioned, though it's unclear if Samsung will go for a traditional Pixel 2 XL-style set of speakers up front or a combination between an earpiece and a standard speaker, à la the newer iPhones. 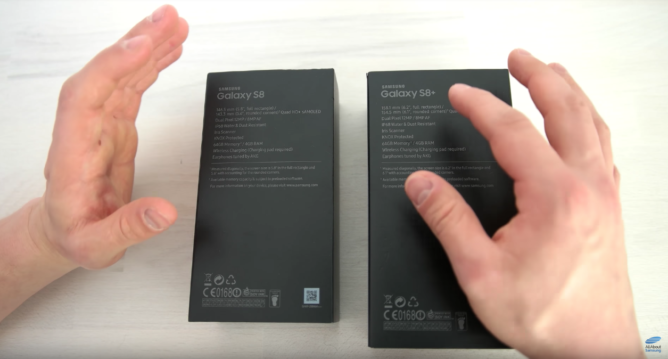 Galaxy S8 and S8+ boxes for reference. Image credit: All About Samsung.

As for the veracity of the picture, we can't find any glaring flaws between it and, say, a Galaxy S8+ box. The wording is the same, the markings on the bottom are very similar, and the gloved picture-taker appears to be in some sort of a factory environment. It's entirely possible that all of this was staged, but as far as we can tell, it looks like it could be fresh off the assembly line.

If this box is to be trusted, it shows that the Galaxy S9 will be more of an evolution than a revolution. But with how good last year's S8 and S8+ were, that's okay. That being said, only time will tell if this leak is legitimate.

Amazon is streaming 'The Marvelous Mrs. Maisel' for free from now until Monday night