Opera VPN first debuted in August 2016, claiming to offer a completely free solution that would block ads and make your browsing more secure. However, Opera has undergone quite a few changes since then, including a sale to a Chinese company (that hadn't been finalized when Opera VPN debuted), renaming its Android TV browser, and more. It's now disappeared from the Play Store, and we're not sure why. 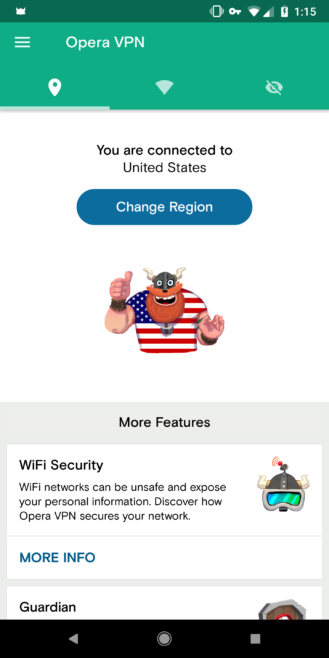 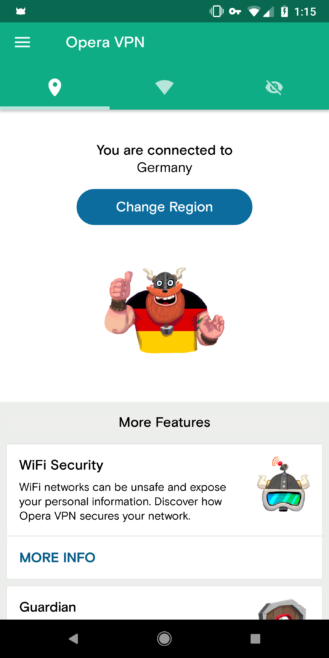 It still works if you've got the APK.

If an Opera VPN service dying seems familiar, it's because a similar situation occurred when the company decided to discontinue Opera Max back in August 2017. That news was accompanied by a blog post explaining that the company decided to focus more on browsers. It's entirely possible that Opera VPN has been removed for the same reason, though the iOS version is still up on the App Store. Both versions were last updated in October 2017. For the time being, the VPN function still works without issue.

We've reached out to Opera PR, and we'll update this post if they reply with any news. In the meantime, if you'd like to check the service out, we've got the Opera VPN APK over at APK Mirror for your downloading pleasure.

Opera PR has responded and says that it is unsure why Opera VPN is no longer on the Play Store. They've already contacted Google and expect it to return soon.

It's back! Carry on with your free ad-blocking and protected browsing.

Here's a statement Opera gave us that attempts to explain the disappearance:

Opera VPN's removal from the Google Play store was the result of a misunderstanding due to the separation of the Opera VPN app from the Opera account. Opera VPN is an app owned by SurfEasy, which is no longer part of Opera Software.