Magisk is probably one of the most well-known and widely used root solutions these days, made famous for its root-detection mitigation strategies. Now both Magisk and the accompanying Magisk Manager have been updated to v15.3 and v5.4.4, respectively, this time bringing the convenience of fingerprint authorization to the dialog which grants root access.

Find the highlights yourself 😏 pic.twitter.com/4UCROlND0c

The new versions are v15.3 (Magisk) and v5.4.4 (Magisk Manager), and changelogs for each are included just below:

v15.3
- [Daemon] Fix the bug that only one script would be executed in post-fs-data.d/service.d
- [Daemon] Add MS_SILENT flag when mounting, should fix some devices that cannot mount magisk.img
- [MagiskBoot] Fix potential segmentation fault when patching ramdisk, should fix some installation failures

Both changelogs are pretty light this time around. There isn't anything else apart from a handful of fixes and the previously mentioned addition of fingerprint authentication, though if you've been having trouble getting Magisk to work correctly, this round of bugfixes might help. 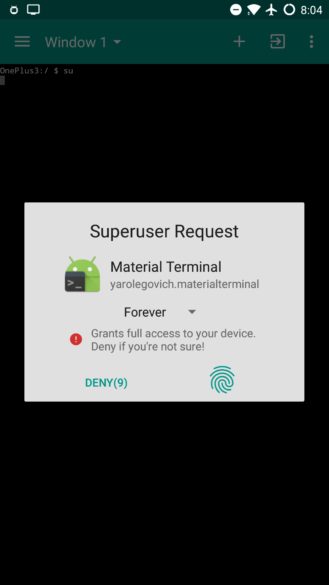 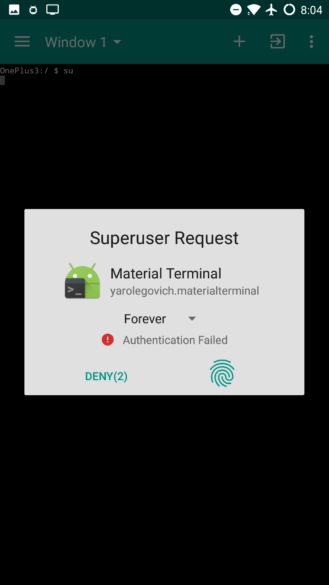 I gave the new fingerprint feature a whirl, and it works as intended, prompting you to tap your fingerprint sensor when an app requests root access (left) and denying if the fingerprint doesn't match (right). There's not a lot more to it than that, and there doesn't need to be. 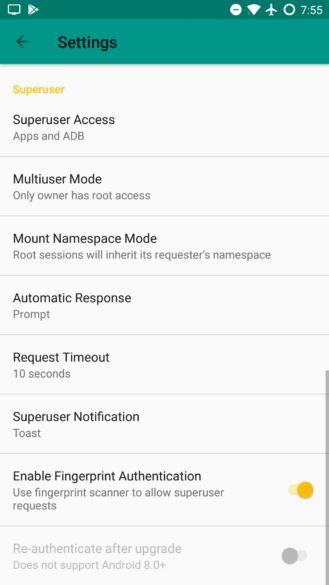 By default, the new feature doesn't seem to be enabled—or, at least, it wasn't on my device. To enable it you'll have to dig into Magisk's settings and scroll to the bottom, where you can flip the requisite toggle.

Magisk Manager should prompt for an update at next launch, and a notification for the update may also appear, at which point you can download both the latest Magisk Manager (v5.4.4) and the latest version of Magisk (v15.3). If you'd prefer, you can also download the flashable zip at the Magisk thread on XDA.

If you root your phone, odds are you've already accepted that your device might have potential security concerns, but this addition is a small step that could help in some circumstances (maybe in the case of overlay-based attacks, for instance). While root is always going to be a compromise, at least you can be a tiny bit more confident now.

Duo calls can now be made with some users that don't have it installed, Allo chats also improved