DC Unchained is without a doubt DC Comics' take on the popular free-to-play mobile brawler Marvel Future Fight. You form teams of three heroes and villains to take on level after level of nondescript henchmen, all for the purpose of slowly but surely unlocking and leveling up your favorite characters from the comics. So while it is nice that we now have a DC-themed brawler to play with our favorite childhood DC Comic characters, the gameplay in this FTP mobile brawler is just as uninspired and grindy as ever.

I would like to briefly mention that DC Unchained is a soft-launch title. Due to its unavailability in my region, I have sideloaded the APK (version 1.0.45) in order to test the gameplay. There may be a few adjustments made to the game before it officially launches, so please take that into consideration when reading this hands-on.

Honestly, I am not even exaggerating about the uninspired gameplay. As I sat down this morning to write up this hands-on, I have had the game autoplaying itself on the corner of my desk the entire time. I have only had to hit the new stage button every couple of minutes or so to allow it to continue to do its thing, which I suppose is great for me, but sucks for anyone looking for a game they can actually play.

More than you will ever know Batman.

The inclusion of the autoplay button in DC Unchained is probably the most significant difference between Marvel Future Fight and this title. In Marvel Future Fight you have to earn the right to use the autoplay button by beating each stage with two or three stars beforehand. DC Unchained has no such roadblock to using its autoplay button, which means anyone can take advantage of it the second they boot up the game. And sure, you have the option not to use it and manually control your characters, but the fact that the gameplay is exactly the same no matter the stage you are in leaves little reason for anyone to bother doing so.

Really, the most notable thing about DC Unchained is its graphics. From its beautiful 2D illustrations to the gorgeous 3D character models and environments, it is a sight to behold, especially in action. And for a game that is without a doubt server-based (yep you will have to be online to play), there are actually very few hiccups in the framerate. So not only does the game look great, it performs quite admirably.

Oh, and despite DC Unchained's multiple currencies, convoluted menu systems, and an odd character unlock and upgrade path, it doesn't take that long to get acquainted with the many ways to go about keeping your characters leveled to the best of their abilities. Mainly you collect specific hero or villain cards to upgrade their skills. And then to unlock new heroes, you have to wait for the store to have them available for purchase. Right now only two characters are purchasable in my shop, which should rotate to 2 new characters after a timer finishes counting down.

Now when it comes to the gameplay, as I mentioned earlier it's almost exactly the same no matter what stage or mode you select. Essentially your team of three heroes or villains dives into an environment filled with numerous henchmen. You beat these guys to a pulp one after another until you run into the stage's boss. This boss is obviously more difficult than the henchmen, but as long as your characters are the appropriate level and you have a few health potions to back you up, you should be good to go.

What is interesting is that past the first chapter in the story mode you will have to keep an eye on the gameplay in order to assess when a health potion is needed or when to switch to a different character. The character switching will happen on its own when autoplaying, but I find you get the best results when you switch roles manually. The health potions on the other hand don't appear to get any action in the autoplay mode. So keep that in mind, or else you will most definitely die when facing the final boss in any given chapter. I suppose you also have the option to grind some of the earlier stages to level your characters up a little more before facing the tougher battles in the game, but to me that just seems like a waste of time.

Oh, and another area to keep an eye on is your character's stamina. The more you fight and the more you use any particular hero or villain, the more their stamina will lower. This type of stamina system is used to push you towards purchasing more stamina so you can continue fighting. But you can also wait until it refills on its own, which points to why games like this have to be played passively if you play for free.

The APK I sideloaded of DC Unchained is intended for an Asian market, so the in-app purchase pricing is a little off, but going off of the current prices listed it's probably safe to assume that they will run as high as $99.99 per item in US dollars. It's also worth pointing out that Google Play Games Services look as though they will be supported when this does officially release as there are two icons for achievements and leaderboards on the start screen. Currently, they don't do anything, but I would imagine they haven't been turned on yet since the game is still in testing.

All in all DC Unchained is no different than the many free-to-play brawlers that already exist on the Play Store. Sure the graphics are great, and the gameplay controls smoothly, but it takes more than a pleasant veneer to make a quality game. Really, the inclusion of an autoplay button is only a symptom of a more significant problem. Developing and marketing mobile games to the masses often means hardcore gamers will be left in the cold, as the average casual player does not enjoy the difficult gameplay that we find so rewarding. I suppose it is what it is, but I can't say I am going to sit here quietly while skinner boxes disguised as games keep releasing on the Play Store. 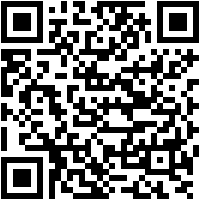 LG will no longer release smartphones on a yearly schedule