The way Ashworld works is that there is a top-down view in an outer world that can be endlessly explored. This top-down view will seamlessly shift to a 2D side-scrolling platformer view the second you enter any of the buildings you happen across while exploring the outer world. It's a unique way to go about combining two popular genres into a crazy amalgamation of post-apocalyptic open-world survival gameplay and manic platforming action.

The overall premise isn't anything too involved. Basically, in 2017 a nuclear war devastated the planet, and 400 years later the plot picks up at a desolate campsite where you meet Dan, who tells you of a place that can help to fix up your car. From here you venture forward into the unknown with only your wits to help you survive.

As you make your way through the beginning of the game, you may notice that the controls change depending on whether you're in the 2D platforming view, or the top-down outer world view. The fact that the controls are always changing and are dependent on where you are in the game can be jarring, especially when you consider that none of the controls float on screen. Their placement is hard coded, which means if your thumb is slightly askew, the buttons you are trying to press will not register your input. In the outer world this can be annoying, but in the platforming view, it is infuriating. While you can change the size of the controls in the settings, the lack of any floating buttons makes it really difficult to keep your eyes on the action instead of continually looking to see if your thumbs are in the correct position.

Luckily the developers have included HID controller support with the Android release, so you can at least plug in your favorite HID controller over USB OTG and enjoy a vastly superior control method.

It is, of course, worth pointing out that Ashworld is a premium release. There are no advertisements or in-app purchases included. Simply pay $3.99 upfront, and you can rest assured that no other costs will crop up in the future. With OrangePixel what you see is what you get, which is always appreciated.

So it would seem that Ashworld is a mixed bag. It is interesting to see how the developers have combined two different genres into one seamless experience. But at the same time, the lack of a quality touchscreen control method shows where the game ultimately falters. If you plan on playing with a physical controller, I wholeheartedly recommend picking up Ashworld, but if you will be playing with the default touchscreen controls, you may want to wait and see if the developers address how unreliable they can be. 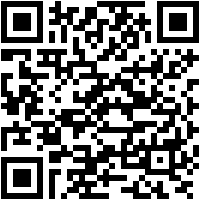