Here at CES 2018, I had a chance to look at what some of us probably considered mere fantasy a few short years ago: a fingerprint scanner that can see through a smartphone display. It sounds like something that must be so complex it would be beyond explanation, but really, the basic principles aren't terribly difficult to grasp.

The short of it is this: smartphone screens are light-permeable, because they are porous. The thinner the display, the more light-permeable it probably is, and OLED screens are the thinnest currently being manufactured. By shining a bright enough light through the porous display, a sensor can observe the reflection of your fingerprint against the display components and use that to create a computer-readable image. Now, the actual engineering breakthroughs that were necessary to make this occur are obviously far more complex, and I can't claim to remotely understand them. But the above is the gist I got from Synaptics about how all this stuff works. 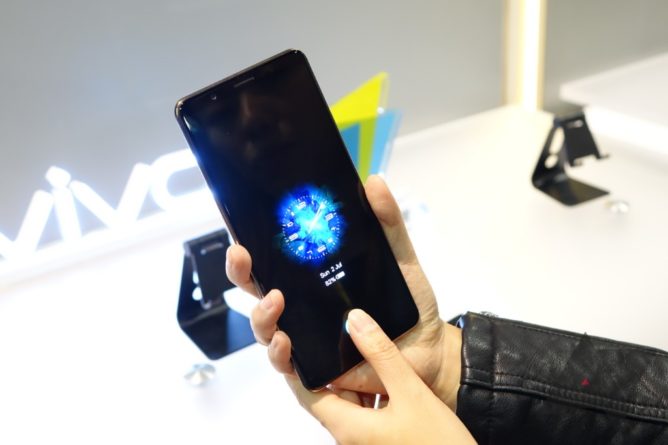 Synaptics in-screen fingerprint reader, pictured here on an unreleased Vivo phone, seems fast, accurate, and reliable. That may not be enough.

We tried the first implementation of this scanner in an unreleased Vivo smartphone and came away impressed. Not only is the scanner absurdly fast, it also seems to read fingerprints very reliably and isn't especially picky about how you position your thumb. The catch is that in order for the scanner to work, the phone's screen does have to be on. Given always-on OLED displays are a thing, and that raise-to-wake isn't terribly inconvenient, that's not going to make the technology dead on arrival, or even especially annoying to use.

My question, though, is whether this rather impressive and apparently well-implemented technology has simply come too late to matter.

With Apple's debut of Face ID on the iPhone X, we're already seeing manufacturers of phones - like OnePlus - attempting to rapidly respond. Samsung will almost certainly follow suit, as will manufacturers like Xiaomi, Huawei (it was already hinted at in their Honor press conference at the show), and others. It seems inevitable. I'm sure some companies like Google, Motorola, and LG may hesitate to jump right into face authentication in their next phones, but it's clear which way the winds are blowing. Face authentication is more secure, it's cooler, and it's already working its way into things like laptops.

Proper face authentication - the kind that you'd actually trust with something like secure payments or password storage - requires specialized hardware, though. Hardware that increases the cost and complexity of your smartphone. Apple opted to forego a fingerprint scanner entirely in the iPhone X (largely for aesthetic reasons, I'd argue), going all-in on Face ID. I have my problems with Face ID, but using it really did become second nature after just a couple of weeks. It's clear to me how the experience could improve (better raise-to-wake, faster authentication, better working with a partial read), but it was equally obvious that most people would be comfortable using it. There is nothing arcane about looking at your phone. 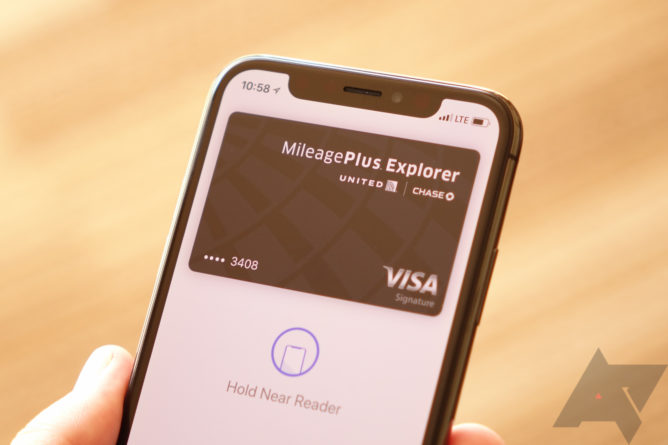 Want to pay for something on your iPhone X? Just stare at it. It's an elegant and fairly seamless solution.

For manufacturers who are not Apple, the question is now which path to pursue: Follow Apple down the Face ID rabbit hole, hoping to beat them at their own game, or push forward with fingerprint as a proven and reliable authentication method. I believe it is unlikely we'll see many companies push the envelope of both technologies - it'll be an "either or" sort of scenario. The cost of engineering a secure face authentication solution won't be trivial, and Apple's already basically given everyone else the go-ahead to ditch the fingerprint scanner. With smartphone profit margins already aggressively thin for everyone who isn't Samsung or Apple, putting both solutions into a device will probably have little justification from a cost analysis perspective.

Removing the fingerprint scanner is also going to have major appeal to companies looking to make their phones smoother and sleeker, and to simplify things like manufacturing processes and waterproofing. Think about it: every year, our phones just get thinner and, seemingly, more fragile. Most of this happens in the name of beauty: a shiny, thin, sleek phone is easier to market. It looks far more striking. The thought of being able to eliminate another visual distraction on our glass and aluminum bricks must have the industrial designers at Samsung salivating.

So, I wouldn't get too attached to these new in-display fingerprint readers. I'm certain we'll see some phones released with them (especially in China), but I really do wonder just how many. And my guess right now is likely a lot fewer than Synaptics [and Qualcomm] would like.