Over the years, the Google Now page has undergone more than a few changes, and it was even renamed a few months ago to 'feed.' Some users are reporting that they're seeing a new search bar design in their Google feed. Now that it's here (again), it's a bit confusing why it disappeared in the first place. 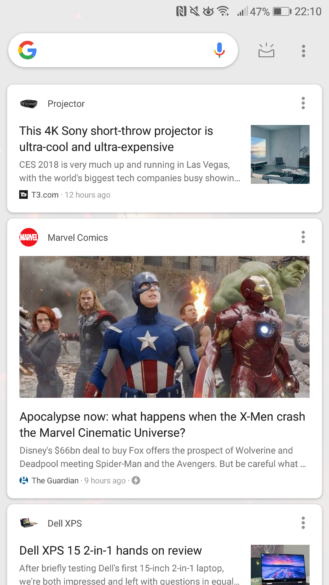 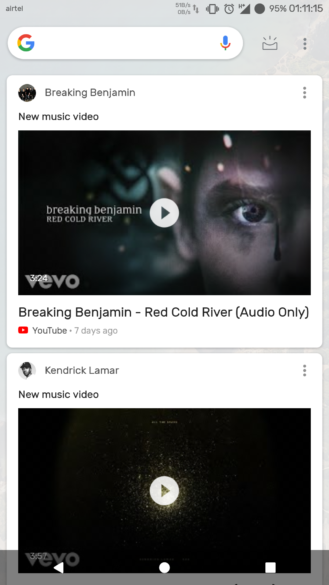 As anyone who uses Google services will know, the company changes UIs up entirely too often. When the translucent look first came to the feed, there was a search bar up top, even if it wasn't very eye-catching. But as of right now there isn't one anywhere on the page, which is inconvenient and a little puzzling. Luckily, this new test brings it back in Google's new pill style. The 'upcoming' icon and three-dot menu are still present, as the developers have opted to simply shorten the bar to leave them intact. 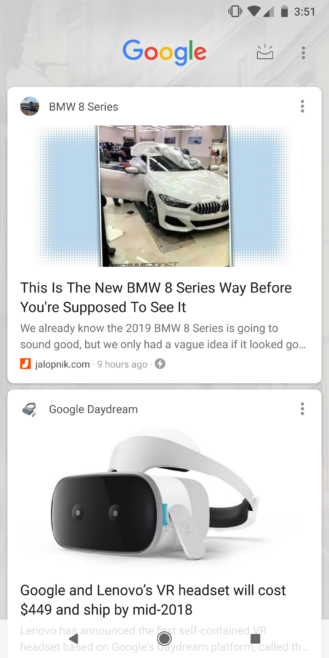 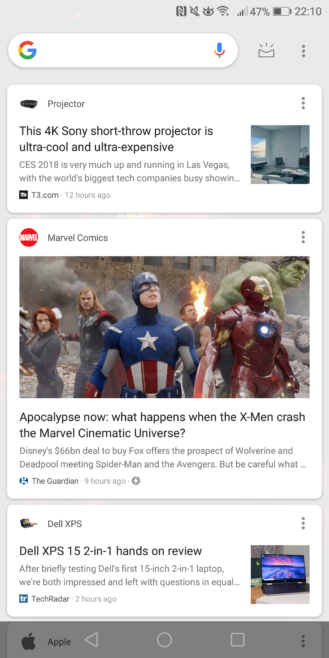 The test is actually pretty widespread, with two tipsters and several redditors all having the same new setup. It's hitting a variety of devices, from the new Huawei Mate 10 Pro to the Galaxy S8 to the older Nexus 6. The Pixel Launcher isn't a prerequisite; the Action Launcher's Google plugin is showing this as well.

Feelings on the new design seem mixed, though I'm personally a fan. But hey, even if you don't particularly like the look of it, at least there's a search bar again.