If Yonhap News Agency's coverage is accurate, this confirms some of the same information that we recently found on the (presumably) accidental release of LG Pay on the Play Store, in the description of which the LG G7 was referenced. Further evidence just popped up in an alleged leak on LG's own site, in which the "Future LG G7" was apparently named in a page discussing Quick Charge.

This is in contrast to earlier reports that the G branding would be dropped entirely. However, it's possible that LG could be using placeholder names for these products, even internally, so it isn't necessarily proof that the G7 will end up using the G branding, but it does lend some weight to the name. 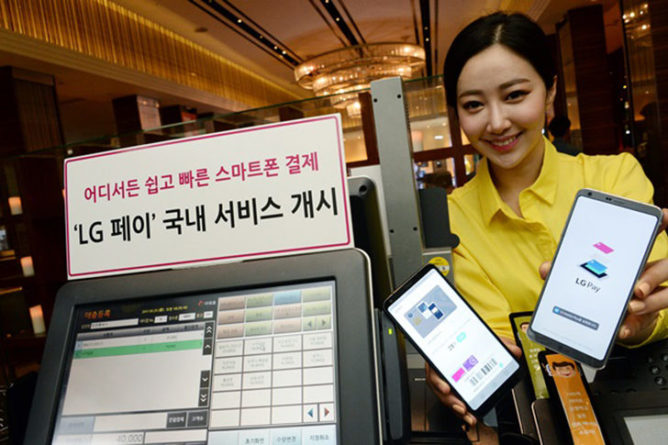 Like in Korea, when LG Pay hits the US it will apparently support payments at magnetic stripe readers via "Wireless Magnetic Communication Technology," just as Samsung's payments service does. Users of LG Pay won't have to worry about payment terminals supporting NFC, as in the case of other payments services like Google Pay.

According to Yonhap News Agency, we should see more about the upcoming G7—and, presumably, LG Pay—at the Mobile World Congress in Barcelona, with a Korean and US launch to follow in March or April.

Google publishes list of Chromebooks being patched against Meltdown vulnerability