One thing is certain in life: Google apps are going to get regular interface tweaks. Okay, somebody might have said something about death and taxes, but we all know at least one of those can be avoided with the right accountant, but I digress. Google appears to be testing some new interface changes to the contact list in Duo. These are essentially cosmetic changes, but they serve to make the list a bit more fluid and streamlined, as well. 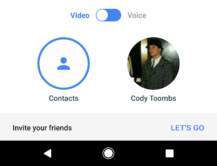 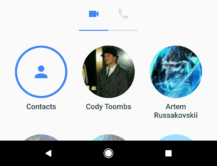 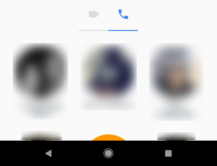 From the main screen, the Video / Voice toggle dropped the fairly standard switch control to adopt an underline-styled toggle, which reminds me a bit too much of the design of tabs back in the days of Holo. The recently called contacts are still shown at the top of the list, but the rest of your contacts are now appended to the list.

Some users will see some differences even here. I'm part of a group that still has the Contacts button at the left side, but we also received screenshots that show the Duo team is removing that button for some users. – Thanks, Abhilash Bingi. 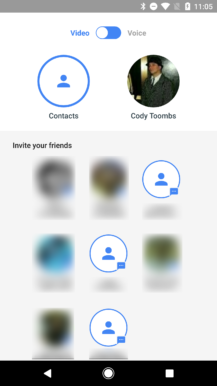 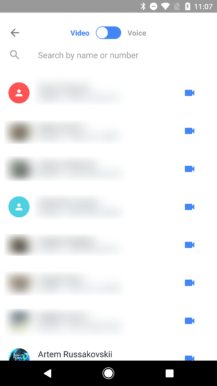 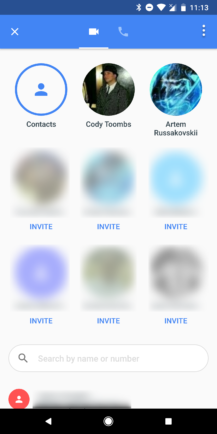 The changes become a bit more significant if you drag the contacts pane up to fill the screen. The new UI includes both contact suggestions and your full contact list in a single fluid list, so you can keep flicking straight through all of it. In the old UI, you would only see some additional contact suggestions and people you've recently contacted. The only way to see a full list of contacts was through the Contacts button.

The search box was also included with the contact list, and it works the same as before, but it has been re-styled so it'll be more visible – It was super easy to overlook before.

Google seems to be rolling these out semi-randomly, so you may not have any of these adjustments yet, or possibly some combination of them. A minor update to v25.1 also began rolling out yesterday, but it's not related to the adjustments described above, since those are remotely activated. There also aren't any other obvious changes, though bug fixes are likely. Nevertheless, it is linked below for those that might be interested in grabbing the latest version.

Opinion: In-screen fingerprint scanners are cool, but may be too late to matter