At CES 2018, Huawei announced its new home network/router solution, the WiFi Q2. Although similar to other products on the market, like Google's or Netgear's offerings, the WiFi Q2 differs slightly in that it's "the world's first" hybrid system for blanketing your home in wireless signal.

Combining a "unique G.hn" 1Gbps powerline connection (PLC) with a mesh system (1,867Mbps backhaul and load balance support), Huawei is hoping to reduce the amount of dead areas in your coverage. It is supposed to be user friendly, with a simple plug-and-play operation: get your PPPoE/DHCP and SSID setup, then plug in the satellite routers (which can, according to Huawei, connect in about two minutes) and you're good to go. Using 802.11v, the WiFi Q2 will support seamless roaming and fast switching (100ms). 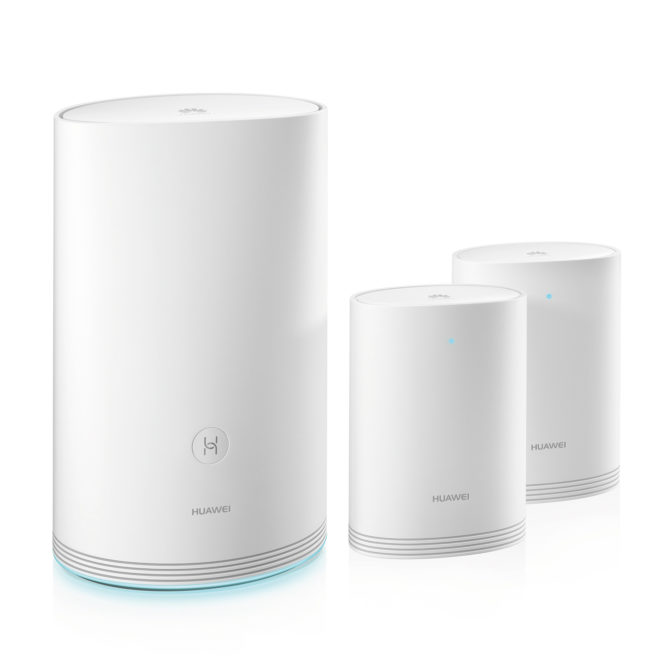 The Q2 defaults to 5GHz, AC1200, and auto-selects the best channel for the wireless signal. For IoT users, you'll get a dedicated channel on the Q2 just for your connected devices. The main router (called the base) has three Gigabit Ethernet ports, while each satellite has one. Huawei is offering three levels, depending on the size of your home or office. Larger areas can grab the three-pack of bases, medium-sized places should think about the base and two satellites bundle, and smaller houses/offices may want to look at the base plus one satellite option. Pricing and availability have yet to be announced.

Huawei Mate 10 Pro coming to US for $800 next month, AT&T version nowhere to be found