There definitely isn't a lack of applications for managing tasks and setting reminders. Apps such as Evernote, Google Keep, and Wunderlist all provide plenty of flexibility when it comes to creating, tagging, managing, and sharing reminders, but sometimes all those options can feel unnecessary and may get in the way when all you need to do is set a quick reminder. If you've been looking for something a little more lightweight, Remindee is a free app that might be worth checking out.

The app itself is very straightforward and can create a reminder from within any app using Android's 'Share' button. I'd love to go into more detail than that, but that really is pretty much all there is to explain — and that's sort of the whole appeal of Remindee. If you've ever used an Android device for more than a couple of minutes in your life, you probably already know how to use it. 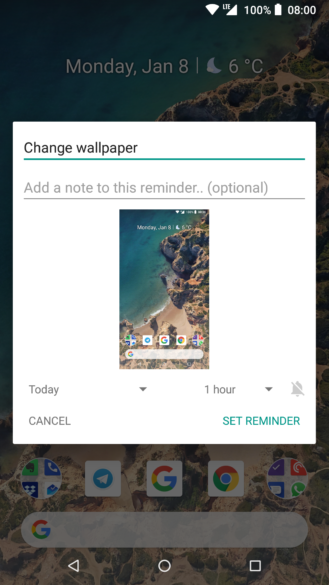 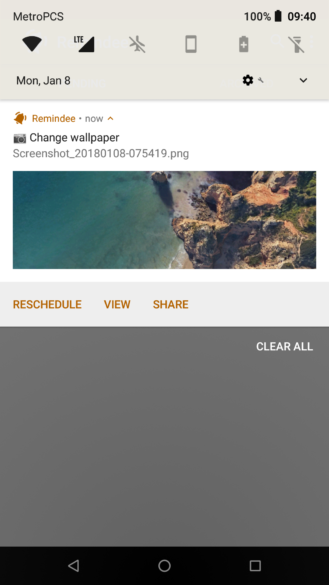 Sharing something via Remindee brings up a reminder dialog where you can schedule when the reminder is due, as well as specify an optional title and notes for the reminder. When the time comes, a notification will pop up to remind you of whatever you wanted to be reminded of. Simple, really.

If you open up the app itself, you'll find tabs containing two lists of every past reminder and every pending reminder, and what is probably the simplest settings menu you've ever come across. A single toggle lets you enable the clipboard listener so that Remindee can offer to set a reminder whenever something is copied to the clipboard. 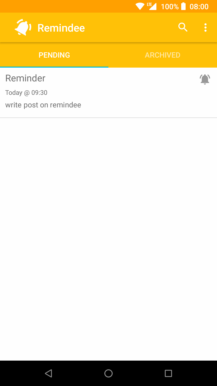 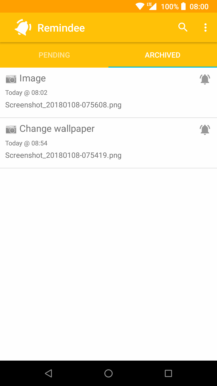 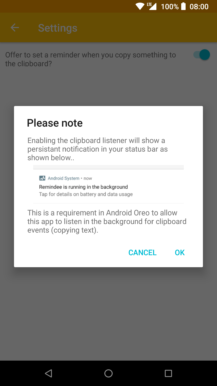 My personal productivity workflow is a bit all over the place: Evernote is typically used for longer notes with the occasional reminder peppered in, Wunderlist is my main to-do app for private and shared to-dos (though I'm disappointed it hasn't received much love from Microsoft since they released Microsoft To-Do), Inbox is where I snooze emails I want to deal with later, and Google Keep just sits in my app drawer hoping that I'll someday decide to give it another chance. I honestly can't see Remindee replacing any of these apps (aside from maybe Google Keep), but that's probably not the goal. Remindee is more like the digital equivalent of those sticky notes you keep stuck to your fridge or lost in some binder. It's for the sort of stuff that you want to take care of eventually, but that's not quite important enough to actually expend the minimal amount of effort it takes to open up a full-fledged productivity app. And for that, Remindee does a pretty good job. 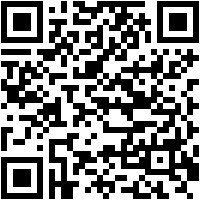