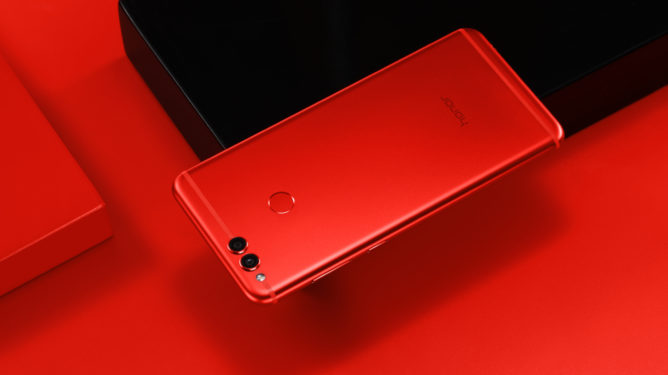 Honor has also announced a very limited edition red Honor 7X for Valentine's Day, available soonTM (probably in the next few weeks) in the U.S., U.K., Germany, France, Italy, Spain, Russia, and India. Only 20,000 units will be up for sale, the first 100 of which will come with special Honor co-branded Monster AM15 earphones. Be sure to check the second source link below to see when it goes live — you know, if you're hoping to score a red 7X.