The Chromebook product segment continues to gather steam as time goes on. Acer recently announced a 2018 refresh for its Chromebook 11, adding USB-C ports and Android app support (versus mixed support on older models). For our first stop here at CES, we dropped by Acer to take a look at this laptop. Best of all, we got to see the nice-looking blue model, which immediately caught my eye.

The 1366x768 11.6" screen is passable, with muted colors, but stellar viewing angles. The laptop itself feels pretty snappy, especially considering its unnamed Celeron CPU and 4GB of RAM. Certain intensive Android apps, like Asphalt 8, bogged the machine down at points, but I can't say that I was too surprised — funnily enough, the game actually failed to render when I loaded into a race. 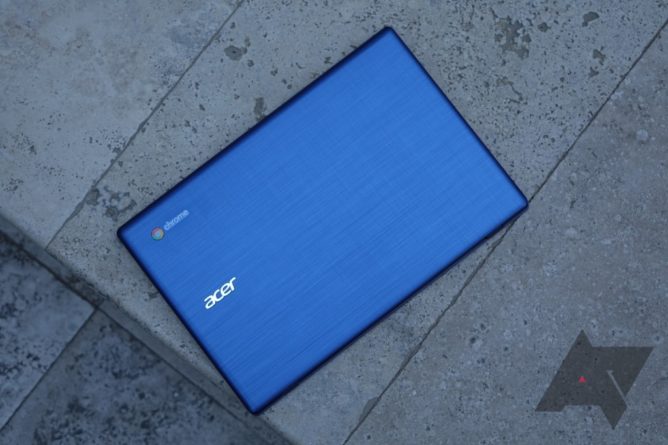 I ran a few browser benchmarks since I like numbers, but the gist is that, in real world usage, the Chromebook 11 loads webpages pretty quickly. Though, it's not hard to make it slow down with several tabs open simultaneously, as one might expect.

The keyboard and touchpad are the two biggest downers for me, with the former feeling too soft and spongy upon each press and the latter being too stiff when clicked. For $250, I did not expect an outstanding keyboard by any means, but it should be worth noting for all of you out there. The touchpad, while underwhelming, is larger than you might usually see on an 11" laptop, which seems to be Acer's MO lately. 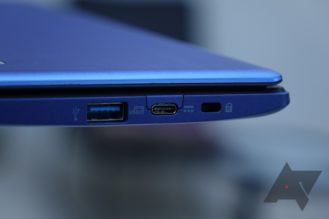 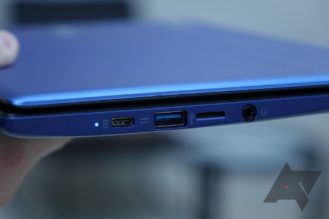 Where this Chromebook really scores points is in its appearance. Despite being plastic, the lid has this double weave look to it (the pictures don't do it justice), making the Chromebook 11 look a lot more premium than it really is. For a plastic build, it's a chunky little laptop (2.43 pounds). It's still easy to carry around, and the 180° hinge might make some people happy.

I don't want to regurgitate the spec sheet necessarily, but I do want to call special attention to the two USB-C ports. Similar to the Pixelbook and Chromebook 15 (2017), you can use one for charging and the other for... whatever you want to use it for. You also get two USB-A 3.0 ports for extra attachments. The Chromebook 11 even has a microSD slot. I applaud Acer for giving users plenty of connectivity options. 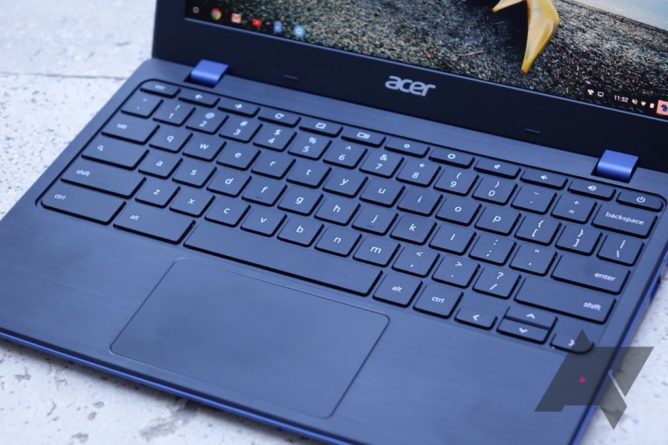 Google Assistant is noticeably missing, despite the Pixelbook being out for a few months now, meaning that we should, in theory, see it on other Chromebooks — then again, it's possible that Google didn't make Assistant available to partners soon enough for CES and the various product launches. Perhaps like Android app support, we'll see Assistant roll to other Chromebooks in the coming months. 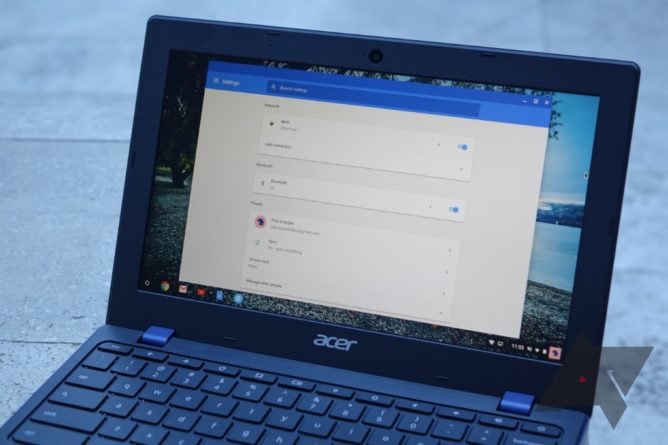 While not my cup of tea, the Acer Chromebook 11 (2018) is likely to make several people happy. If you're looking for a small Chromebook with full Android app support (and a Kensington lock, for whatever reason), then you may want to add this one to your list of considerations. You can pick one up sometime in March or April starting at $249.

Weekend poll: Do you use a voice assistant like Bixby, Alexa, or Google Assistant?