With the demise of the Windows Phone operating system, Microsoft has seemingly put extra focus on app development for other platforms. That's great for us Android users, who are able to make use of the company's excellent productivity apps. OneNote is Microsoft's attempt at a note-taking app, and it stands as a worthy competitor for Google Keep, Evernote, and the like.

OneNote got a design overhaul last summer and has continued to add useful new features – such as fingerprint security – in the months since. The latest update brings it up to version 16.0.8827.2090 and includes Office Lens integration, app shortcuts, and phone number sign in. 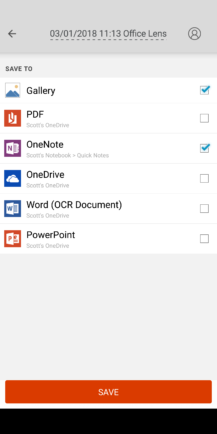 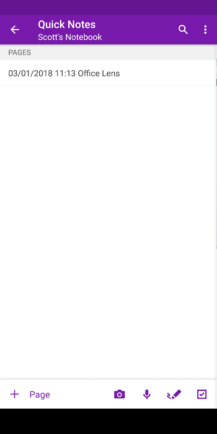 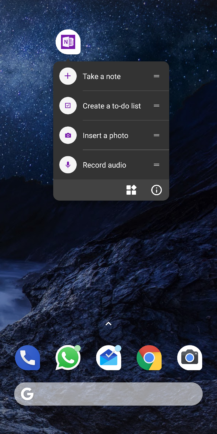 If you scan a document with Office Lens, you can save it to OneNote without leaving the app, as you can see from the above screenshots. Take a look at the relevant folder in OneNote and it's saved there for easy access when you need to use it. It would seem logical that you would be able to open Office Lens directly from OneNote, but that doesn't appear to be the case.

The third screenshot shows the new app shortcuts OneNote has just gained. The handy options include taking a note, creating a to-do list, inserting a photo, or recording audio. You can take a look at the changelog for the latest OneNote update below:

The update also includes bug fixes and performance improvements, as you might expect. As usual, you should receive the OneNote update automatically if you already have the app installed. If not you can grab it from the Play Store link below, or you can install it manually from APKMirror.