Developers are freshly back from a long holiday break and the first of Google's updates are starting to trickle out of Mountain View. The first to make an appearance is a new beta release of the Google app itself. Unsurprisingly, this doesn't appear to be a particularly feature-laden build, at least not from a user's point of view. However, there are a couple of topics to discuss through the lens <cough> of a teardown. 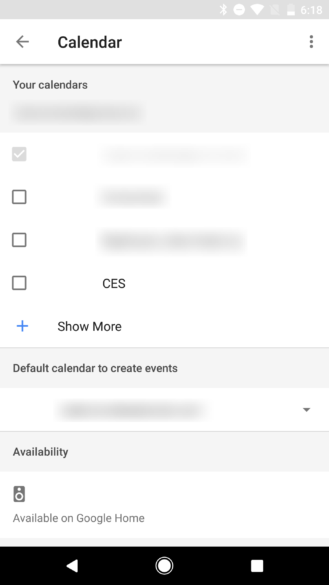 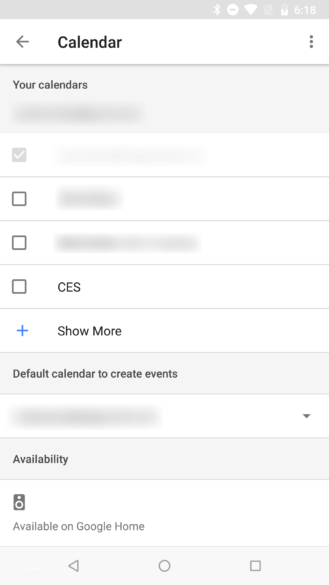 Strictly speaking, there are some smaller visible tweaks to the UI in a few places. There's no point in a deep dive on the changes, but the Calendar screen in the Google Assistant settings shows the most noticeable differences. There's less whitespace and most of the labels and text line up cleanly. There are also divider lines between list items. We saw similar changes appear last month with the v7.17 update.

We've known since October that Google is working on a Google Home-like product with an integrated screen. There have been a few new details about individual features since then, but not much specifically relating to the hardware. With the latest release, we've got a little bit more of a hint about what may be coming.

Several new strings were added, one for each major different screen size group from 640dp to 1280dp. Strangely, the string for 640dp was empty, but the others included text to match their respective width.

From this, we can extrapolate a couple of likely outcomes. To begin with, the range starts at 640dp, which is about standard for a 7" tablet in landscape orientation. That means none of these devices are going to be on the smaller side. Remember that "dp" stands for Density-Independent Pixel and only relates approximate screen size (e.g. 1dp equals 1 pixel on an mdpi screen and 2 pixels on an xhdpi screen). With the largest bucket starting at 1280dp, double that of the base size, the largest devices may be starting at 1 foot (0.3 meters) wide, about the size of a 14" tablet, and going up from there.

The other thing we can draw from this is the broader point that there will be support for multiple screens. However, that raises more questions than it answers. It's possible Google will release a family of Quartz-powered devices of its own, each hitting one of these size targets. Alternatively, this might be intended to gives users the ability to run Quartz on tablets, which might even mean there will be a reason to own an Android tablet again. Yet another possibility is that Google will develop one or two physical models, but the software is being designed in preparation for partner OEMs to release their own versions.

Google Lens is still locked into a temporary exclusivity with Pixel phones, and that's probably not too surprising if you've used it. The technology is definitely cool and very powerful, but Lens still deserves a few more refinements and additions before it goes mainstream. In the name of improving its identification capabilities, Google will begin accepting "donated" images for further analysis by actual humans at the company.

This is going to be an opt-in situation (disabled by default). If you flip the switch to enable donations, it looks like the process will become entirely automatic and every image you pass through Lens will be uploaded to Google and saved for analysis. I'm reminded of Google Voice's roughly similar feature that accepted audio recordings to be used for improving voice transcripts.

We'll end on a small topic. For those that have searched for a location in the past, you're surely seen the same place appear in subsequent search suggestions. If you're trying to keep a secret, like planning the destination for a special date, you might want to prevent the name of a location from appearing front and center. That'll be a possibility fairly soon, if not already.

The Stream+ is an Android TV box with integrated TV tuners, and it's available for pre-order