Google has offered its own basic device backup/restore tool as part of Google Play Services for years, and an actual migration tool is present on Pixel devices (which allows for USB transfer from iPhones, among other improvements). OnePlus has now released its own migration tool, simply titled 'OnePlus Switch.'

The app can be installed on any Android device running Lollipop (5.0) or higher, but a OnePlus device is required as the target. The app can transfer contacts, SMS messages, call logs, calendars, photos, videos, audio, and apps (but no app data). OnePlus says it will soon support transferring Wi-Fi history, camera settings, app data, and more. 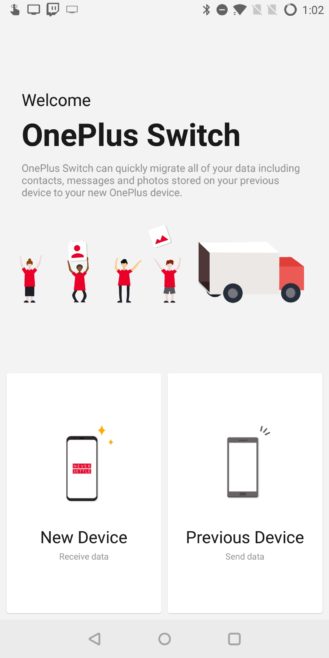 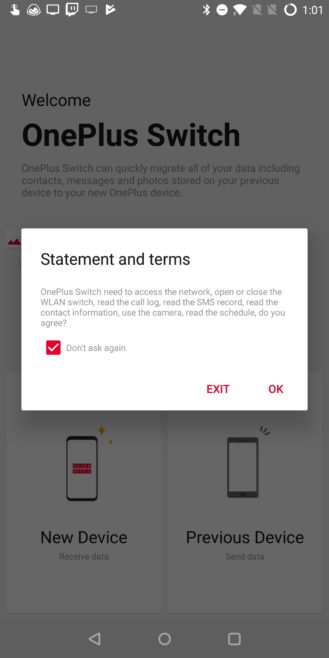 By comparison, the auto-backup feature offered by Google copies your apps (with data if the app supports it) and device settings, and only works on Android 6.0+. If you have a Pixel device, Google's auto backup also works for call history, local contacts/calendar, photos/video (through Google Photos), and SMS messages.

OnePlus says that Switch is in beta right now, and a stable version is expected in mid-January. You can grab it from the Play Store below, or from APKMirror.