The biggest disadvantage to picking up the smaller Pixel 2 on Verizon's network is the locked bootloader. Big Red dictates that the phones it sells have to be locked down tight. That's a problem if you're into ROMs or if you'd like to root without an exploit. However, the folks over in the XDA forums have discovered a trivially simple way of unlocking the bootloader which is every bit as easy as the typical method for non-carrier locked Pixel 2 phones.

Unlocking a bootloader on a Nexus/Pixel device is usually quite easy. Since the Nexus 5X/6P, the fastboot command "fastboot flashing unlock" has been used to unlock the bootloader of a Google-supported device. Of course, there is some other prep involved. The phone needs to be connected to a computer with the required ADB and Fastboot tools installed, USB debugging needs to be enabled, etc. Importantly, the device also needs to be set to allow bootloader unlocking via a toggle in the hidden Developer Options pane in Settings. On Verizon devices, that option is disabled. GG, right? 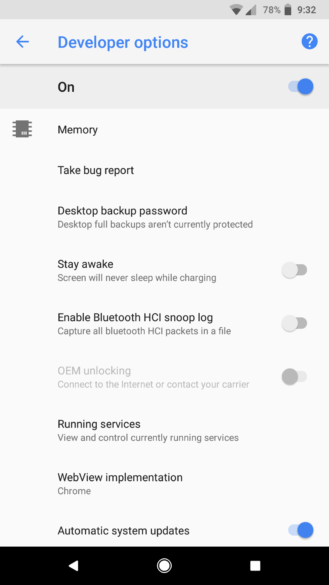 "OEM unlocking" is typically disabled on Verizon phones, as shown above

Well, this new workaround apparently works without it. A different command "fastboot flashing lock_critical" apparently performs the same bootloader unlocking function but, for whatever reason, bypasses whatever impediments otherwise prevent the bootloader from being unlocked via the traditional route. Sadly, this only works for the smaller Pixel 2. Some folks with Verizon-locked Pixel 2 XLs have already tried this new alternate command on their devices without success.

If you do this on your own Verizon Pixel 2, remember that the unlock process will result in a wipe. And if you'd like to do it, I'd recommend that you do it soon. It's almost guaranteed that whatever allows for this workaround will be quickly patched at Verizon's insistence.

We've reached out to Verizon for comment, and we'll update the article if we are given any additional information.

It was bound to happen sooner or later, but it looks like the loophole has been patched in the latest update for the Pixel 2. If you've updated your device to the Verizon-exclusive build OPM2.171019.016, then you'll no longer be able to unlock your bootloader.