Motorola announced which phones would receive Android 8.0 back in August. The Verizon Z2 Force was first to get the update, but now it looks like the T-Mobile model is up next. A few Z2 Force owners on T-Mobile have received the Oreo update notification, indicating that a mass rollout may start soon (if it hasn't already). 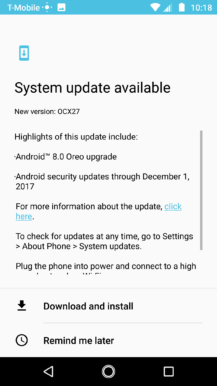 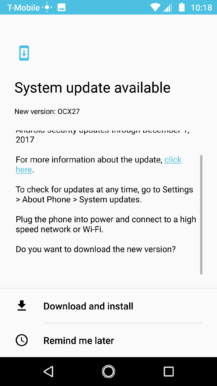 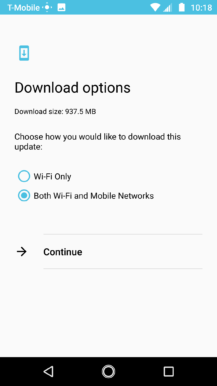 We have received two reports of the update, and there are a few on Reddit and other sites. The update clocks in at 937.5MB and includes the December 1 security patch level. T-Mobile has not yet published information about the update, but it's probably identical to the Oreo update the Verizon model received.

Let us know in the comments if the update notification appears on your T-Mobile Z2 Force.

T-Mobile has updated the Z2 Force support page with more information about the Oreo OTA.