Most of us that have been using Magisk for our root needs have probably been installing the latest beta builds. Through them, we've seen incremental improvements and additions to the stability and functionality of the root tool. And now Magisk developer topjohnwu has decided that all these recent additions are stable enough for everyone to enjoy, as a new update to Magisk has been released to stable.

If you updated to v15, which was also a stable release, you might have run into a small bit of trouble. Specific devices with a particular type of fstab format may have bootlooped on v15. So if you've held off updating because of that, the issue should now be fixed in v15.1.

Cumulative changes since the last stable release (v14) are too numerous to list—you can check out our previous coverage for a start—but, in summary, V15 supports Google's Pixel devices, their associated partition schemes, adds Treble support, and improves Magisk's ability to hide from detection. Of course, v15/15.1 include tons of other smaller tweaks like bugfixes, a source code restructure, su improvements, and more. 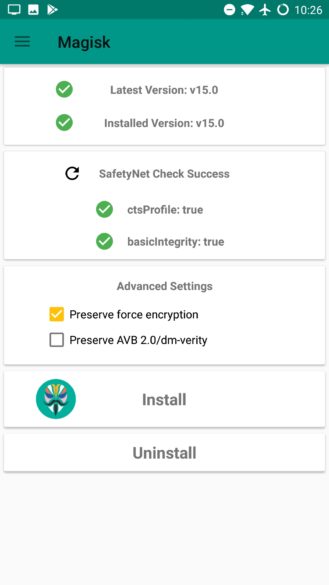 For developers of Magisk modules, you'll want to make sure that you've updated your projects to use the new templates. Although v15 still includes support back to the 1400 template, there might be some tweaks required for v15 support. Updating modules to the 1500 template should make future updates a bit easier.

The cumulative list of changes as they apply to both users and developers for v15 is here, and the update to v15.1 is identical, save the recent fix to prevent specific devices from bootlooping.

If you kept your device on the stable channel, you should see a notification for the update soon (if you haven't already). As an aside, those of you that have yet to join the Magisk party should be sure to download it via the official XDA Thread. Unfortunately, someone appears to have camped a relatedly-named domain without the permission of the project, and I wouldn't recommend trusting the site or its downloads. As a reminder, only download from the official sources: either the XDA Forums thread for releases, or via source from the project's Github.