As a tech enthusiast with the brains and taste to prefer Android over the other options, you're probably someone who also appreciates the need for privacy and security. You may even keep a spare "burner" phone for when you travel to some less-than-confidence-inspiring situations like hacker conferences or the Winter Olympics. But what if you needed something even more powerful to protect data and even physical objects of monumental importance?

A new open source project from the Guardian Project and the Freedom of the Press Foundation may be what you're looking for, an app that turns your smartphone into a security system, known as Haven. Even more intriguing, this app is being pitched as a product of the mind of NSA whistleblower Edward Snowden. But is it a real privacy tool, or more like an oversensitive car alarm?

According to reports, Haven uses the various sensors on your phone, such as its cameras, microphones, and accelerometer, to detect motion, sounds, light changes, and anything else that it picks up in the physical world. When something gets the app's attention, it sends encrypted alerts to the owner. 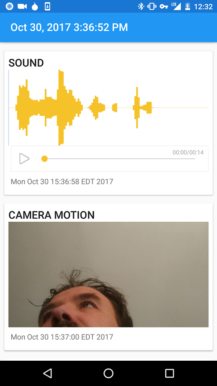 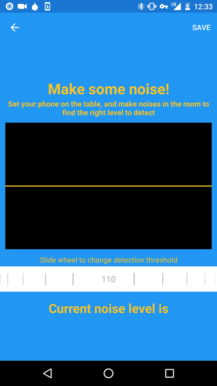 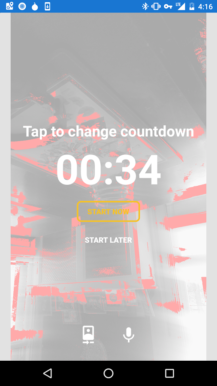 So is Haven for you? Well, let's say that you find yourself on a mission, upon which the fate of the world rests. The key part of your mission it to pass highly sensitive weapons information to your designated contact, all of which is stored on a laptop. For the sake of visuals, let's make it a 1990s Gateway laptop with the cow patterns on it. You're going to meet your contact at a hotel in some Eastern European country that no one's ever heard of, like, say, Sokovia. You check in, under an assumed name, you go to your room, laptop pressed against your chest, and you wait.

But you're early. Your contact won't be there for hours. And it was a long flight, and you really need a drink. So, you think, I'll just pop on down to the hotel bar for a drink. But you can't bring the laptop with you! You know you shouldn't just leave it in the hotel, but come on, what could happen. You decide to lock it up it in the hotel room safe, and you head down to the bar.

When you return to your room, slightly tipsy, you find that the safe has been opened and your laptop with the super-dangerous weapons information is gone. Now the culprits will have the power to kill millions of innocents, all because you had to go get a drink. You sober up fast.

All of this might have been avoided, however, if you had placed a phone running Haven on top of your bovine-patterned computer.

Given that this is not the most common of need cases, Eva Galperin of the Electronic Frontier Foundation told The Intercept that there could be serious real-world uses for this kind of thing. "I can imagine this might be useful to victims of domestic abuse who are worried about their abusers spying on them in some way."

In fact, there seem to be several ways Haven can turn your phone into a security monitor, but false positives seem to be a huge problem with the app right now. Andy Greenberg at Wired said, "The app's accelerometer detection was so hair-triggered that even leaving the phone on top of a computer with a moving fan inside created hundreds of alerts."

Even Micah Lee of The Intercept (who reported on the app even though he acknowledged that he sits on the board of FPS with Snowden and personally had a hand in developing the app) says he once returned to his device to find over 80 intrusion alerts, "all of them the sounds of loud cars or sirens driving by my Manhattan hotel room."

So there's some work to do. However, one can also opt to receive alerts entirely from the Tor web browser, and simply go through them at your leisure, but of course, by that time, the guy who took your Gateway could be on a plane out of Sokovia, off to destroy the world.

Edward Snowden's association here could have different meanings to different people. For some, it will surely inspire confidence to use an app developed by the idealistic, patriotic hero who pulled the mask off the NSA. For others, it will seem awfully fishy to use anything with the blessing of the guy who ran off to Russia to rat on his country.

But if it really can help people feel more secure, whether about their belongings, their data, or their physical safety, it's probably worth pursuing regardless of the name behind it.

Haven is in beta, and it's free. It's available on the Play Store, from the open source catalog F-Droid, and of course on our own international download site of mystery, APK Mirror. 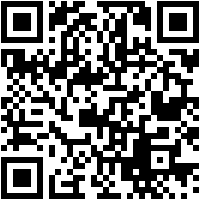 Android 8.0 Oreo rolling out to the LG V30 in Korea