If you're ready to take your home security into the 21st century or want to expand your existing system, you can get yourself a 1440p PoE or wireless version for free as part of this giveaway. And if you're not so lucky, or want to really go all out, you can take advantage of a holiday sale on these and other components too.

Reolink makes everything you need to set up a home (or business, or whatever you want) surveillance system. The most basic component, of course, is the camera(s). As part of this giveaway, you can win one of 3 different models courtesy of Reolink.

We will be giving away 2 RLC-410, a 1440p turret style PoE camera as seen in the hero image above. If you couldn't tell, this thing is very solid; it's made out of aluminum! There's also no need to worry about the weather since the camera is waterproof.

It, like all the others we're giving away, includes infrared LEDs and can produce clear images for distances up to 100 feet at night even without additional lighting. You can also get motion sensor alerts sent to your phone or computer thanks to the Reolink app. In addition to the imaging capabilities, the RLC-410 has a microphone that reliably picks up sounds at close range. It's currently available for a discounted $65 on Amazon and from Reolink. 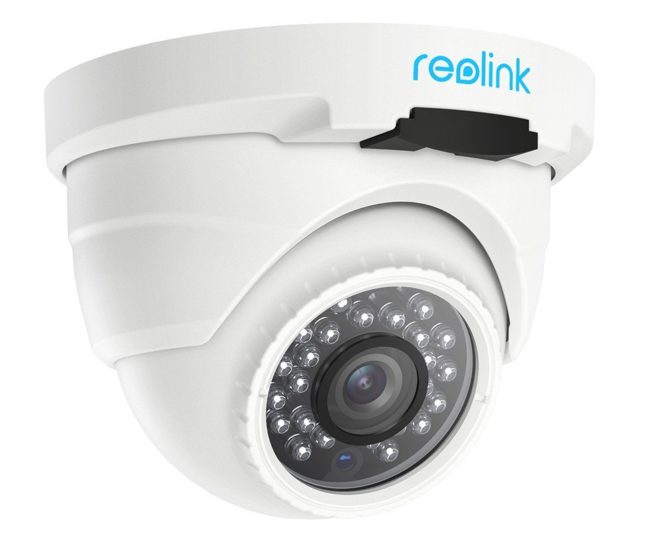 Other than this obvious design difference, it is otherwise essentially identical to the RLC-410 in its specifications. It is also on sale for $65 on Amazon and at Reolink.

Last but not least, we will be giving away 3 RLC-410WS, which is essentially identical to the RLC-410 in its basic design but comes with a few important differences. The big one is its wireless communication, using dual-band 2.4/5GHz antennae rather than ethernet cable to transmit the audio/video. It also includes a 16GB microSD card, allowing you to save up to 400 motion detection events. Once you power it on, getting up and running is as simple as opening the Reolink app and finding the camera through its SSID.

Otherwise, it has the same audiovisual capabilities the RLC-410 does. The RLC-410WS is currently discounted to $89 on Amazon and Reolink.

If you just can't wait, aren't lucky enough to win, or know you'll want even more Reolink gear, you can take advantage of their Christmas sale starting December 20th and ending December 26th. Here are the deals:

To enter the giveaway, use the widget below. People in the US, UK, Canada, Australia, and Germany are eligible to win. The contest closes at 11:59pm PT on December 22nd.