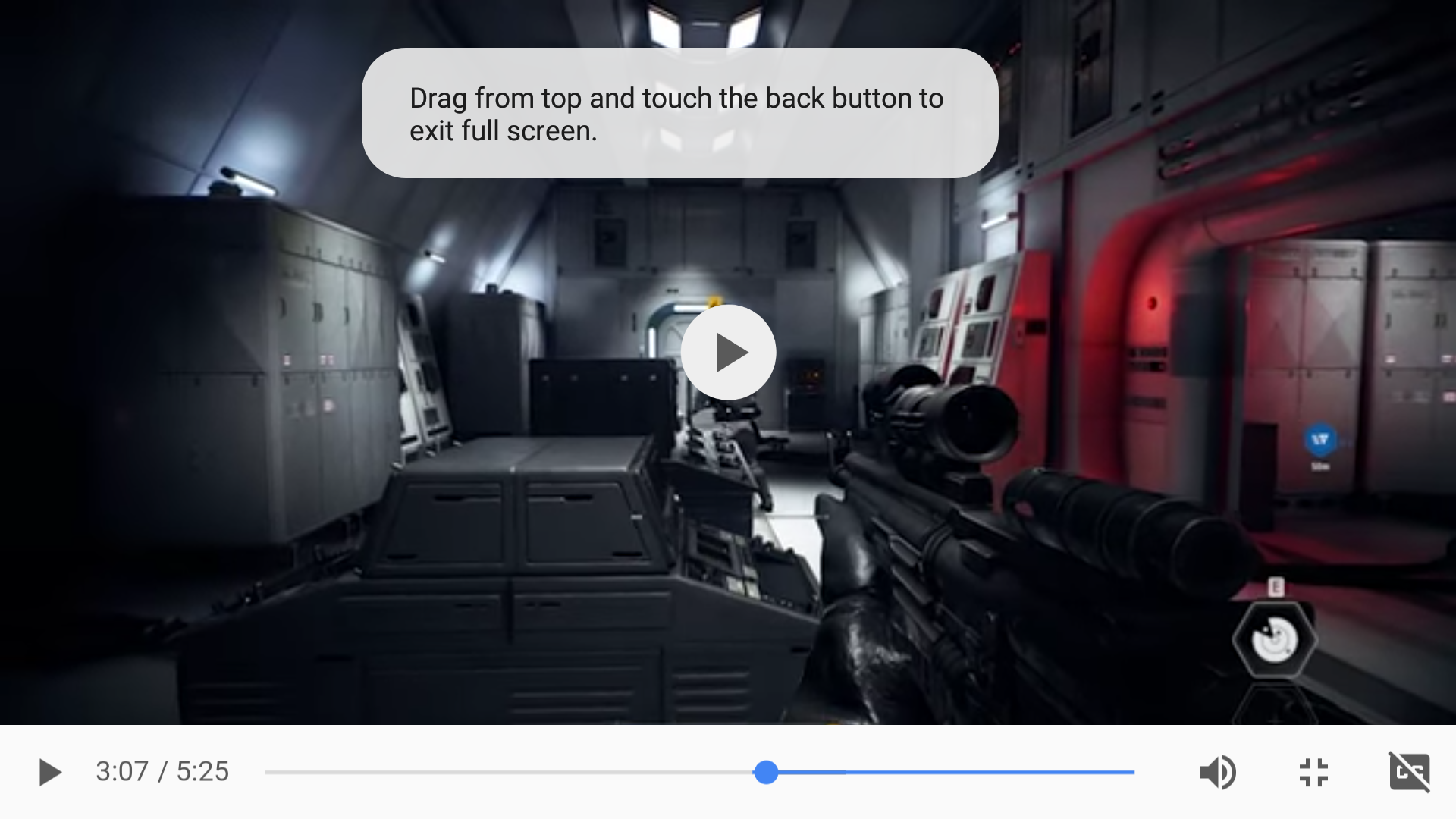 The new design is obviously much different than the current layout. You now tap the middle of the screen to play and pause, instead of a button on the lower-left corner. The control bar is now translucent, with a white gradient to make the options easier to see. In addition, all the buttons are now above the timeline, instead of alongside it.

This redesign also has a somewhat-hidden feature: you can now double-tap the right side of the screen to fast-forward, and double-tap the left side to rewind. It works exactly like the YouTube app.

It's worth noting that the new video player is very buggy at the moment. On my device, the play button never goes away, there are playback issues, and sometimes parts of the page show up on top of the video. The player is available in both Chrome Dev and Canary, but it seems to be broken entirely in Dev.

To try it out, go to the Chrome flags page and set #enable-modern-media-controls to 'Enabled.' You can also copy and paste this link into the address bar to find it. You can download the latest version of Chrome Canary from APKMirror.