As we hit the last few days before Christmas, app updates from Google have gone from a firehose to a slow trickle. It's only natural that most of the developers don't want to ship any major updates right before their holiday plans for fear that they might be called in to fix a catastrophe. Hey, I've done it too. Nevertheless, there's a new version of Google Duo rolling out today. It probably comes as no surprise that this one isn't taking any unnecessary risks either. There are a few very minor tweaks to the interface. However, there is a little bit for a quick teardown, so let's get into it. 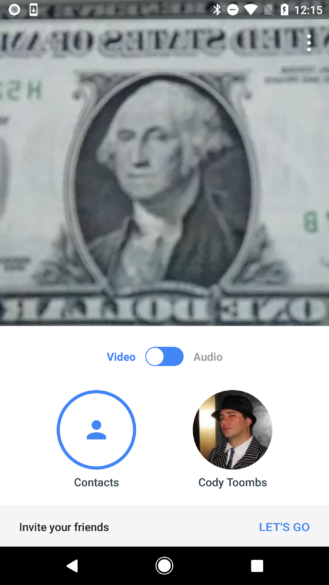 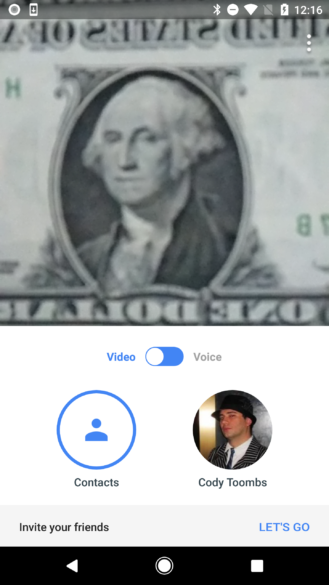 If you're the type of eagle-eyed reader that's into playing a game of 'spot the differences', there are two changes to the interface shown above. The most obvious among them is a wording change. In basically all places where the word 'audio' could be found, you'll now see 'voice' has taken its place. And for the extreme pixel-peepers, the icon for the Contacts button is slightly larger. That's about it for the changes you're going to see after installing this update, at least for now, so let's move on to the teardown.

Google Duo hides the status bar once a video chat goes live. While that probably won't be a big problem most of the time, it means you might not notice your battery life is ticking away. The last thing you want is to have your conversation cut short by a sudden shutdown as the phone drops to 1%. Google Duo is going to save you from that awkward fate by displaying an alert to let you know that the device is low on juice. And like any good warning, it also offers a helpful option to disable video and continue the call with just voice mode.

It's not the most elaborate feature, but there are probably more than a few people that have had to awkwardly wait while their phones charge enough to boot up and send a message explaining the disruption.

A low battery isn't the only thing you might not notice during a call. There's also going to be an alert to let you know that your volume may be too low.

I've tried to replicate this on a few phones, but none of them allow the in-call volume to be reduced to zero. For that reason, I think this alert might be intended for conversations where one person is coming across very quietly while the other is in a loud environment. On the other hand, there might be devices that allow in-call volume to be silent.

If either of these alerts pop up for you, let us know in the comments.