Breaking form a little bit here, we decided to pass this along to you, dear readers, before tomorrow's typical list of app sales. Noodlecake Studios, a very well-known developer liked by many, has put the game Death Road to Canada on sale. Normally, I'd just let this sit until tomorrow, but a dev of this renown putting one of its $9.99 games on sale for a measly $0.99? That's worthy of its own post.

Death Road to Canada is described as a "randomly generated road trip action RPG," wherein you the player control a group of characters as they explore a world ruined by a zombie apocalypse. You travel from Florida to Canada, where I assume there is safety. I'm told there's a lot to love with this game, so if you're a regular reader of my app sales posts, then you'll know what I mean when I say that Death Road to Canada would be in bold.

The game supports Bluetooth controllers, requiring one if played on Android TV. The sale is good for seven more days at time of writing, so you have a little while to decide if you want to spend $0.99 to travel the Death Road to Canada. 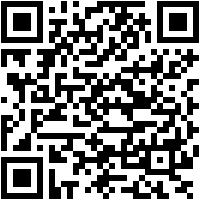