For years, the Google Search app for Android has listened for the voice command "Ok Google." This carried over to Google Assistant, but it hasn't become any less awkward to say. When the Google Home was first introduced, it could listen for "Hey Google" in addition to the old phrase.

Back in October, Google started testing the "Hey Google" hotword on phones. At the time, it only worked for a handful of people, but now it has started rolling out more widely. A notification asking people to re-setup the voice model (which is required for the new command to work) has appeared on many devices, including two of my own phones. 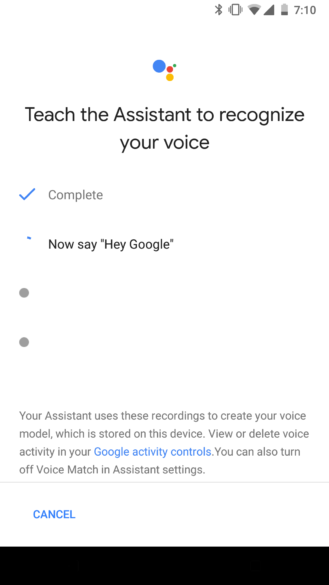 Once you re-setup the voice model (you can also do it from Settings > Google > Search > Voice), you can use either "Ok Google" or "Hey Google" to open Google Search/Assistant. Just like with the old phrase, it even works when your screen is off, on some devices.