Unremarkably NBA 2K18 is billed as "the most authentic NBA mobile gaming experience yet," which may be true, but with what I have seen released on the Play Store that statement is definitely setting a low bar. Yes, the graphics are probably some of the best on our platform, and yes 2K have been known to make some significant console sports games. But this is a mobile-centric release, so you can expect plenty of advertisements and in-app purchases that range up to $49.99 a piece to go along with your initial $7.99 purchase of the game.

Obviously, the lines between mobile and console games are blurring, especially with the current climate of developers adding in microtransactions to what used to be premium AAA games. So the amount of IAPs and advertisements on top of a paid upfront title may not be as much of a deterrent as it once was. If you are an NBA fan, NBA 2K18 is probably going to be the closest you are going to get to an AAA basketball game released on Android. Sometimes you just have to take the good with the bad. 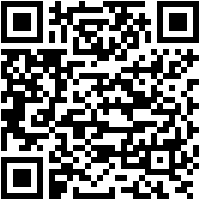 The popular Zooper Widget has been removed from the Play Store