If you have never heard of Oddworld: New 'n' Tasty, then oh boy are you in for a treat. Back in 1997 Oddworld: Abe's Oddysee released on the PlayStation One, and it was regarded as one of the best puzzle-platformers on the system. Games have advanced in many ways since then, but I would have to say that the HD release of Oddworld: New 'n' Tasty still stands up as one of the best puzzle-platformers ever created.

The premise is simple enough. You play as Abe, a Mudokon chosen by fate to stop his boss, Molluck the Glukkon, from turning his species into tasty treats. It is up to Abe to change the fate of thousands and rescue the Mudokons by any means. This is mainly done by platforming your way through the game's assorted levels while solving puzzles and rescuing any Mudokon you see. The controls to pull this off can be challenging to get used to as there are quite a few commands for taking control of the Mudokons you must rescue and the enemies you need to take out. 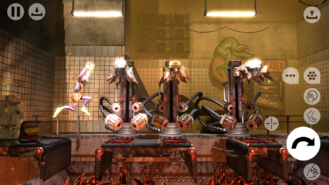 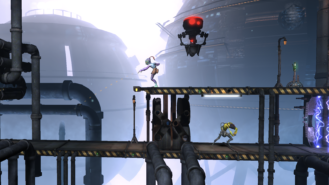 So of course the first thing people are probably going to want to know is how the touchscreen controls actually handle. While you wouldn't think such a complicated control scheme could work well on a mobile device, they are in fact implemented perfectly. I have had no trouble navigating the game's world and have found the touchscreen controls quite a pleasure to use. Sure, they still may not be as accurate as using a physical controller, but I don't doubt the Android release of Oddworld: New 'n' Tasty can be beaten without the use of a gamepad. Oh, and if you don't find the default touchscreen control layout conducive to your playstyle, they can be adjusted to your liking in the settings.

Now, for those that require a physical controller to play this title, I have some good news. HID controllers are supported. So far I have tested Oddworld: New 'n' Tasty with a Logitech F310 connected through USB OTG to both a GS8+ and an OP5T, but sadly some buttons were out of order making the game very challenging to play. This is only made worse by the fact that there is no way to customize your button layout for physical controllers. But this may be an issue with the Logitech controller specifically, as I also tested this release on the Nvidia Shield TV and the Shield controller worked as expected. Still, it would be nice to be able to customize your gamepad layout within the game's settings. 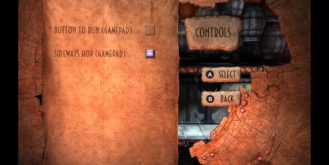 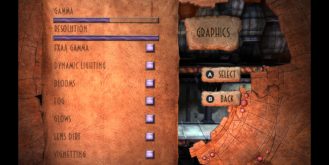 As far as graphics are concerned, they are top notch. I cranked the graphical settings all the way up on an OP5T and GS8+, and I have yet to see even a hiccup in the framerate, and best of all the gameplay fills the entire screen on 18:9 devices once you are out of the main menu. Sadly it would appear that the Nvidia Shield TV didn't fair as well when it comes to the framerate, which seems odd considering how powerful its GPU is. I had to drop the resolution pretty low on the Shield TV to cut down on skipped frames. But even then there were still missing frames. While I wouldn't say Oddworld: New 'n' Tasty is unplayable on the Shield TV, it would seem there are still some framerate optimizations that need to be worked out for the device.

It is also worth noting that Google Play Games Services are indeed supported by the inclusion of cloud saving, achievements, and leaderboards. So rest assured, you can indeed pick up where you left off no matter what Android device you choose to play on.

As I stated earlier, you can pick up Oddworld: New 'n' Tasty off of the Play Store as of today for $7.99. What is nice about this is that there are no advertisements or in-app purchases included with this purchase. What you see is what you get, and when you consider that Oddworld: New 'n' Tasty sells for $19.99 on PC and consoles, $7.99 is quite a steal for our Android version.

So there you have it. Oddworld: New 'n' Tasty is finally available on the Play Store, and it looks and plays fantastically. Sure, there are a few niggles here and there with the framerate on the Shield TV and wonky HID controller support for the Logitech F310. But I would hardly say those are worthwhile reasons to miss out on this classic puzzle-platformer. If you happen to have $7.99 burning a hole in your pocket, I wholeheartedly recommend picking up Oddworld: New 'n' Tasty as soon as possible. Amazon will start selling Chromecast and Apple TV after pulling them in 2015, Google Home still ...