The Pixel Launcher comes pre-installed on Pixel phones, but it's also listed in the Play Store for easy updates. However, Google appears to have made an unusual change to the app listing there. It no longer shows the actual number of installs. Instead, it's locked to the smallest "1-5" group.

There are two possibilities here. First, this could simply be a bug in the listing that Google will fix at some point. Second, Google is locking the install count to hide the number of Pixels in the wild. As Pixels are the only phones that run the Pixel Launcher, this install count gives a general estimate of total sales. Before this change, the Pixel Launcher was in the 1-5 million installs group. 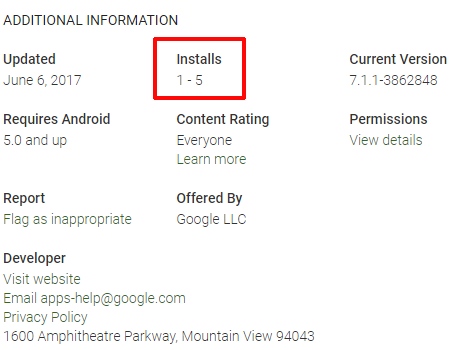 We've reached out to Google to see if it has any comment, but I'm going out on a limb to suggest this is intentional. Based on cached copies of the page, the download count has been kept artificially low for at least the last 10 days. That's a long time for a simple bug to persist. It's possible Google just doesn't have a way to completely hide that field in the Play Store, so it's doing the next best (or most annoying) thing. We'll update if Google provides any info.

It looks like the mobile version of the Play Store shows this slightly differently. It just says "1+" under the "Downloads" header. Apparently Google has more options in the mobile version. While "one or more" is technically true, it's still annoying to lock the count like that. 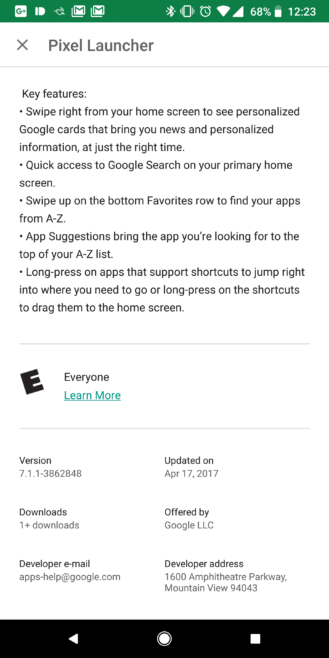 It looks like Google has made the same change to all the Pixel-exclusive apps. ARCore, Data Transfer Tool, and others are all locked to 1-5 installs as well.