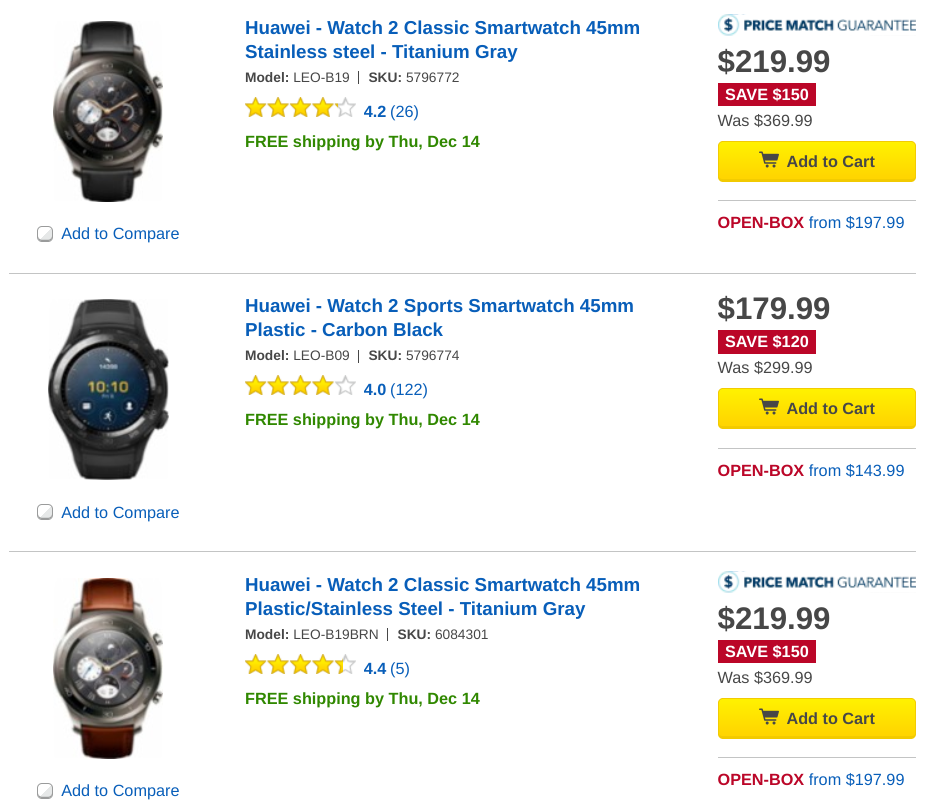 Both models have a Snapdragon 2100 CPU, 4GB of internal storage, GPS, NFC, and Android Wear 2.0. The Watch 2 has a sporty design, while the Watch 2 Classic looks more like a traditional timepiece. Both variants will receive Android 8.0 Oreo at some point.

You can get the watches from the links below.

Both Amazon and B&H also have deals on the Huawei Watch 2, but they're not on the entire range or aren't as appealing as Best Buy's offers (which are still valid by the way). Here they are:

Twitter threads are now official, and they're rolling out in the coming weeks