By now, it should be apparent that the Essential Phone hasn't sold in the numbers that Andy Rubin and co. had thought it would. Having started at an MSRP of $699, the PH-1 dropped to $499 just two months after release (and to $650 CAD in Canada). On top of that, there have been numerous opportunities to get the phone for even more cheaply, including through a $200 friends-and-family discount and an incredible Cyber Monday Amazon deal. After all this, it looks like Essential has only sold around 50,000 units of the PH-1, if install figures from the Play Store of the Essential Camera are to be trusted. That's not very impressive.

The Essential Camera app hit 50,000 downloads within the past few days. Last we heard about Essential sales figures of any sort, it was back in late September when a research firm estimated a measly 5,000 units had been sold within the month after release. If that figure is to be believed, it looks like the price drops did wonders for sales (two members of the AP team bought them on Cyber Monday), though 50,000 is still not very many phones sold within four months.

You might be wondering how we could come to the conclusion that the download figures for this app could lead to production figures. Well, the Essential Phone is the only phone that is capable of downloading the Essential Camera app via the Play Store, hence the assumption. The Play Store counts installs by the "(t)otal number of unique users who have ever installed this app on one or more of their devices. Only one install is counted per user, regardless of how many different devices they installed it on. Includes users who uninstalled the app later." Similar logic was used a couple of months back on the Pixel phones, and in that article, we stated that there were four reasons that the install figure could be even more inflated than actual sales figures:

However, only the first two reasons listed above could realistically apply here. There's no reason for ROMs or people to trick the Play Store into thinking their phone is an Essential Phone to download the camera app, since it's not particularly useful on other devices. The development excuse is a slight possibility, though the resold devices factor is likely the biggest one here. It's also possible that people are immediately unlocking the bootloaders on these phones and installing ROMs like LineageOS, but I'm not sure if that's an especially common scenario given Essential's near-stock software and already-released Oreo beta. Even Ryne, who installs LineageOS on practically all of his Android devices, is still running stock Nougat.

It's worth noting that we aren't technically sure if a pre-installed app counts as a download in the Play Store's eyes if it's not updated, though Cody has noticed pre-installed apps showing up on his profile before any updates could even be installed. In any case, since the percentage of devices that are acquired and immediately having different ROMs flashed would be extremely low, there's virtually no chance that the 50k number is actually lower than the total number of PH-1s in consumer hands. Keep in mind that the Essential Camera automatically updates as soon as a Google account is connected on the phone, meaning that even if updates are required for a 'download' to count, the numbers lean in accuracy's favor. 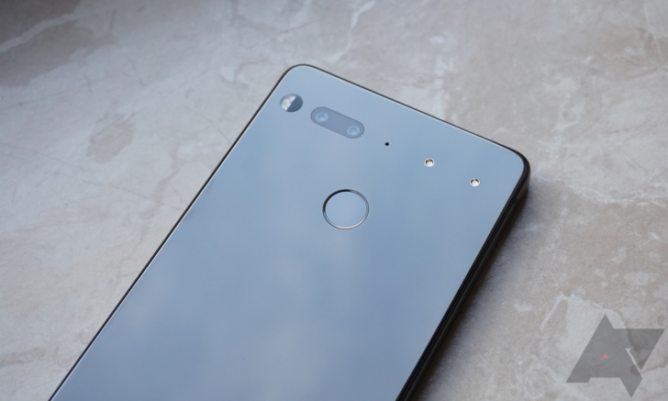 As for other pre-installed Essential apps on the Play Store, both Essential Resources and Essential Services are still sitting at the 10k-50k range. This might be because there's a delay in the Play Store's figure updating for those apps, or if the update theory is to believed, simply because people are more likely to update the camera app, which Essential has added portrait mode and other improvements to.

At the end of the day, even in the unlikely event that sales figures are above 50,000 (which they wouldn't be by much), the Essential Phone still can't be considered a commercial success. Hopefully the new, lower MSRP of $499 and more discounts drive sales upwards, as more competition is better in this space. It'd be interesting to see what, if anything, Essential has in store for the PH-1's successor.

Twitter threads are now official, and they're rolling out in the coming weeks