Google spent years working on the augmented reality hardware known as Tango. There have been two consumer phones with Tango so far, neither of which has been a great experience. However, the company recently showed off augmented reality content running on Pixel phones without Tango hardware. It didn't have a timeline for making AR stickers available, but today appears to be the day. An update to AR core has appeared in the Play Store and the AR Stickers app is live.

ARCore is based on the work Google's been doing with Tango, but it doesn't require the same special hardware from Tango. That means it can work with "regular" Android devices. Google is first targeting the Pixels and Samsung Galaxy S8 with ARCore content, but other OEMs are also in the mix. 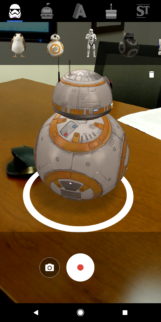 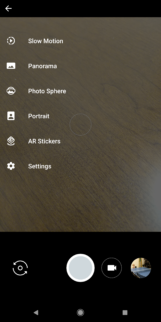 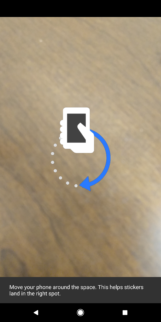 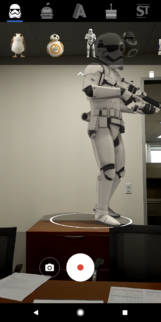 The AR Stickers app is now available in the Play Store, which plugs into the Pixel camera app. Just open the nav menu on the left, and tap "AR Stickers." It comes with content from Star Wars, Stranger Things, some weird food characters, the letter A (for some reason), and more. There's not a ton of content, but the stickers remain in place better than I was expecting. The AR stickers also interact with each other when you place them near each other. I got the Demogorgon to scream at R2-D2, so that's a thing now. 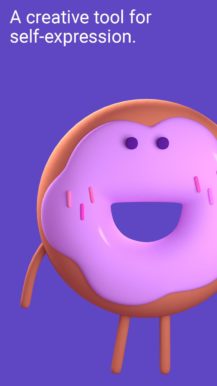 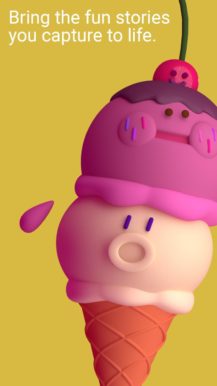 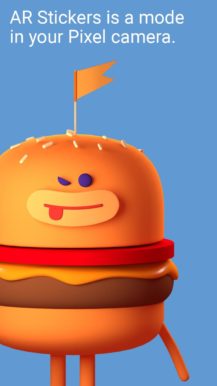 We've got the updated ARCore framework and the AR Stickers app on APK Mirror, but they should appear in the Play Store now as well. Note, you need Android 8.1 on your Pixel to use ARCore's new stickers.