We first learned about the DRM deficiency a bit over two weeks ago (when I got mine and checked the DRM level), and we immediately reached out to OnePlus for more information. We got a quick comment from the company just yesterday. Initially, we were hoping to wait for some additional information, but since The Verge reported on the subject earlier today, we've decided to post what we have now and update this story with more details as we get them. 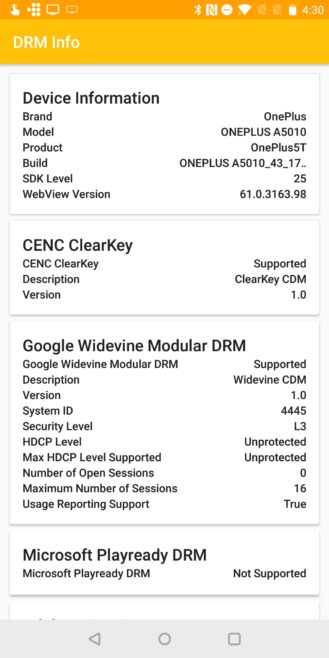 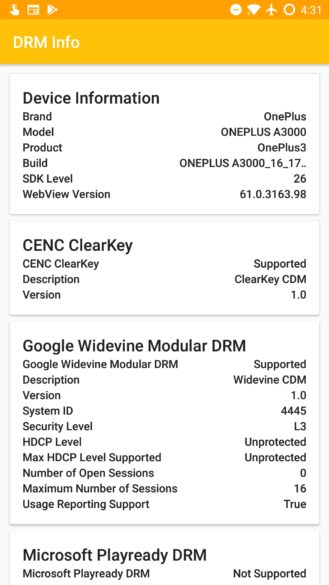 For the unfamiliar, Netflix makes use of Google's Widevine DRM to play content. Previously, OnePlus' devices were only certified for the "L3" security level, which blocked them from playing back content at higher resolutions. Higher certifications require more secure implementations for content processing and control—ostensibly to protect the copyright holder—and Level 1 requires that all of these operations happen in a so-called "Trusted Execution Environment," (or TEE) which isn't implemented on the OnePlus 5 or 5T.

To be clear, this isn't a OnePlus-exclusive problem. Other devices at similar prices, such as ZTE's Axon 7, don't support anything beyond Level 3 either. This also isn't a new issue for OnePlus, as every phone the company has ever made has only had a Level 3 security level in Widevine. In comparison, though, most flagship devices support Google's Widevine DRM at Level 1, which does allow for HD playback. 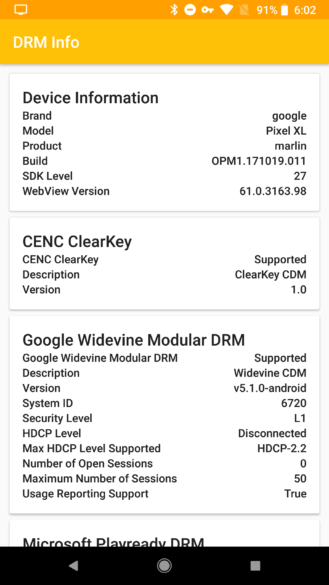 For comparison, the same DRM data reported on an OG Pixel XL with an "L1" security level.

We were told both yesterday and today by a representative from the company that "We will be adding L1 support to the OP5T and OP5," which would enable the devices to play HD content from sources such as Netflix. So far there's no word yet for either a schedule or when it comes to other devices such as the OnePlus 3 or 3T. At this point, the company's older phones probably aren't included in these plans. But if we receive confirmation of that, we'll update this article.

Even if the older devices don't see any update to their DRM level, fixing this unfortunate omission on the OnePlus 5T corrects the only potential drawback the phone has in my eyes. The fact that the company is now willing to institute community-requested changes like this is also a great sign for the future and a positive thing in itself. Let's hope OnePlus keeps it up.