Last month, Google announced that it would remove Play Store apps that were using Android's accessibility services to add functionality other than that intended for disabled users. While it was terrible news for many developers, the logic behind the decision was understandable. Recently there have been multiple exploits that take advantage of accessibility services. But unfortunately, plenty of apps use it for legitimately useful purposes as well.

Google just recently decided to pause the ban while it debates the issue internally, and we got curious about how many users might be affected by the change if it was implemented. So, do you use any apps that rely on Android's accessibility services? 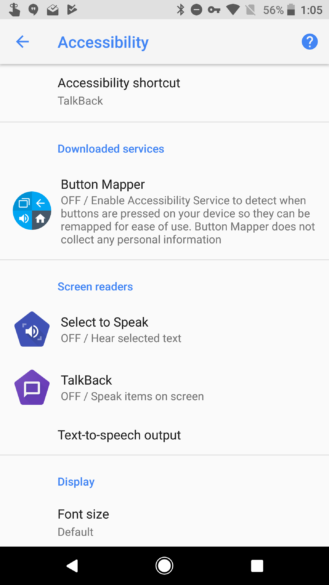 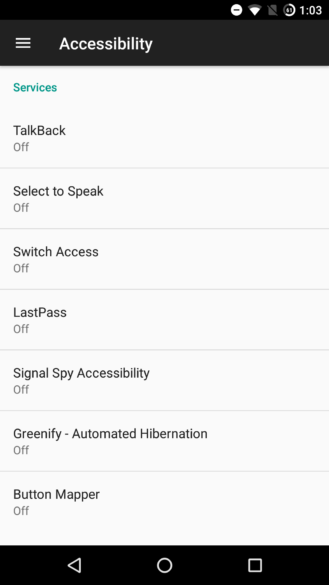 Examples of apps that use accessibility services include password managers like LastPass, power-user utilities like Button Mapper or Signal Spy, and automation tools such as Tasker. If you aren't sure, you can check and see what apps you might have installed that can use it via Settings -> Accessibility. In earlier versions of Android (pre-Nougat), apps are mixed with included services like TalkBack in the "Services" section, while in 8.0 Oreo they're listed separately in the "Downloaded services" section.

Personally, I don't use any apps that need accessibility services anymore (though I installed a ton to grab a photo), but I'm not opposed to them. The additional functionality and utility they open to developers can be a tremendous convenience for many. But, at the same time, I understand that they're also capable of being abused to the detriment of those same users, too.