Samsung has slimmed down the number of its apps in recent devices, but there are still a couple that come preinstalled. Its email app, appropriately named Samsung Email, is one of those. Samsung Email has just passed 100 million downloads, which is nothing short of a tremendous number.

As you might expect, Samsung Email does what email apps usually do. It also supports POP3, IMAP, and Exchange ActiveSync so that all of your emails can be used in a single app. Like most of you, I just use Gmail even when I get a Samsung phone, but I'm sure that some folks enjoy Samsung's own app more. It's worth noting that this 100 million downloads figure is not representative of any sorts of sales figures, as it was only added to the Play Store back in January of this year.

You can check out Samsung Email on the Play Store via the widget below, though I doubt you'll want to since only Samsung phones can install it and you've probably already got it installed if you do have a Samsung. 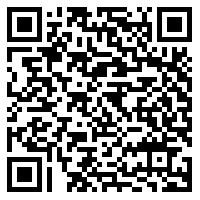