Back in 2015, Twitter revealed 'Moments,' which are compilations of tweets about a certain topic (usually news-related). After opening one, every tweet would be displayed full-screen, sometimes with an image or video taking up most of the screen. 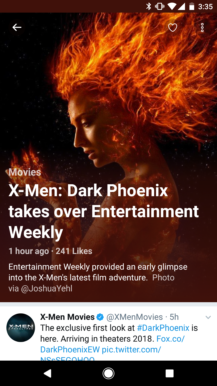 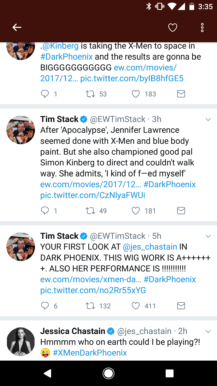 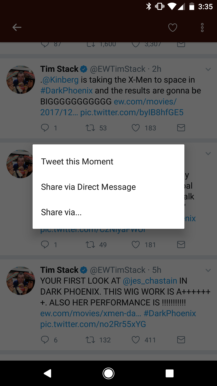 Twitter has quietly changed this behavior, and now Moments are basically just lists. They still have large opening pages, but you now scroll down instead of swiping left to see the tweets. It's also much easier to retweet/like individual tweets in a moment (those buttons used to be at the very bottom of the screen for every tweet).

Prisma adds HD image processing up to 12MP, but only with a subscription plan

Contacts sync is breaking on some devices running Android Oreo