Android 8.1 Oreo is final just a few weeks after the second developer preview rolled out. You can get the system images and OTA files for manual installation, and OTAs are hitting phones running 8.0. That's not all—devices in the developer preview that were running DP2 are also seeing an OTA update today.

So far, Pixel 2 and 2 XL devices are getting an OTA notification. 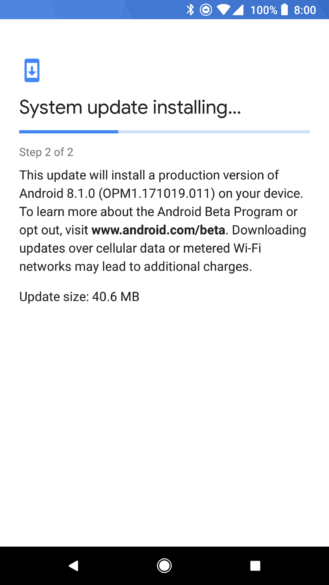 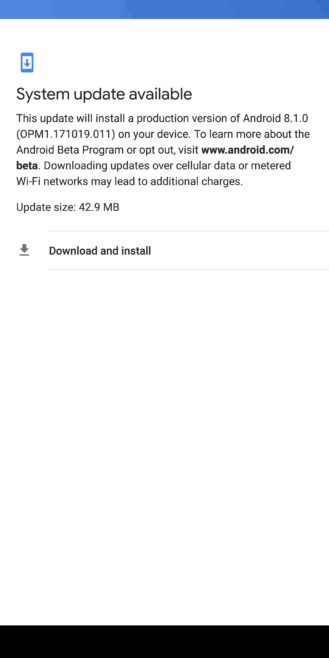 For the Pixel 2 XL, the OTA update clocks in at just 42.9MB. The Pixel 2 OTA is 40.6MB. This OTA update will get you back on the stable channel without flashing back to Android 8.0 first. Doing that (by leaving the beta program) will also factory reset your device. There's no sign of OTAs for other beta devices, but it shouldn't be long.

There should not be any major differences between the second preview and the final build. Android 8.1 adds a fixed hamburger emoji, a neural network API, Pixel visual core support, and more. If the update isn't appearing for you, try mashing the "check for update" button. Google said that would start doing things earlier this year. So far, that seems like a lie.