The LG V30 has the best build quality of any LG phone we've ever seen, but perhaps that's still not premium enough for you. Perhaps you're a high-class individual who needs to have the fanciest materials and the most exclusive trinkets. If so, you're in luck - LG has announced the Signature Edition, a V30 with a fancy back, upgraded RAM and storage, two pairs of included headphones, optional engraving, and a much more classy price of 2,000,000 Korean won ($1820 USD).

For your $1820, you get some impressive specs. These include a 6.0" 1440p P-OLED display with an 18:9 aspect ratio, a Snapdragon 835, an updated 6GB of RAM and 256GB of storage with microSD expansion, a dual 16MP + 13MP rear camera setup, a 5MP front-facing camera (I would call it a selfie cam, but that just seems undignified here), and an adequate 3,300mAh battery. It still has a headphone jack, Qi wireless charging, and IP68 water resistance. In fact, it even has Android 8.0.0 Oreo, which the US models don't yet have. 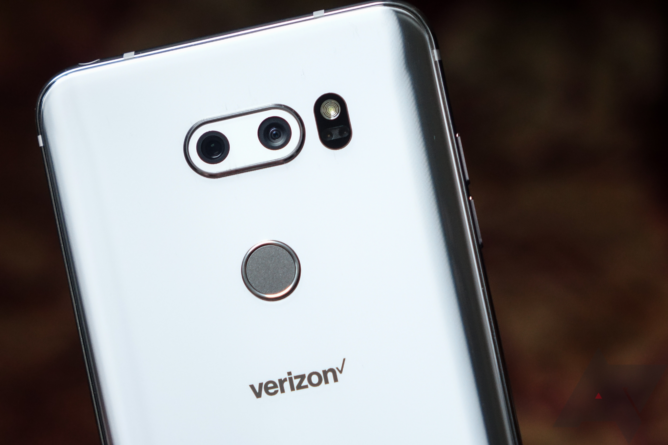 The Signature Edition is the Mercedes-Maybach S650 to the V30's simple S560.

Of course, that's not to mention the apparently scratch-resistant zirconium ceramic back, which comes in black and white. This material is much more tedious to make than the standard back, but glass is far too commonplace and peasantly these days. It increases the heft of the phone to 189g from the previously featherweight 158g. For added class, you can even get your name laser engraved into the ceramic. You also get not one, but two pairs of Bang & Olufsen headphones included in the box: a set of Bluetooth B&O H5s (that go for around $250), along with what are likely the standard B&O-tuned earphones included in the box of every V30. Last but not least, you'll get better after-sales service, though LG didn't dive into specifics. And just like luxury cars' concierge services, LG will offer a dedicated counselor to meet your every need.

If you're swayed by the proposition of a phone that is hundreds of dollars more exclusive than the iPhone X and you live in South Korea, you'll need to cough up 2,000,000 Korean won (around $1820 USD) to have the privilege of owning one. You'll also have to hurry, as only 300 of these phones will ever be produced.

The 'Check for update' button on Pixel/Nexus devices still isn't pulling the latest OTAs as ...