Accompanying the announcement, Niantic also released a teaser with some decent production values that you can watch just below. It doesn't actually show anything about the changes or the game, (and it's kind of cringe), but it might get you hyped.

If you haven't played Ingress, the short version is that two factions are in a perpetual competition to cover areas in "Control Fields" created by joining together "Portals" which form the apexes of a polygon covering the area. The area covered by a Control Field nets the team controlling it "Mind Units" based on the location of the field, which are one of the ways the game keeps track of score for the two factions. Even more simply, two groups are fighting over locations that can be linked to generate points for their team.

I played a bit of Ingress when the game initially came out, but progress at that time was closely tied to team play, and it was tough to find friends that were interested. Hopefully, with the new release, general interest in the game might be increased. 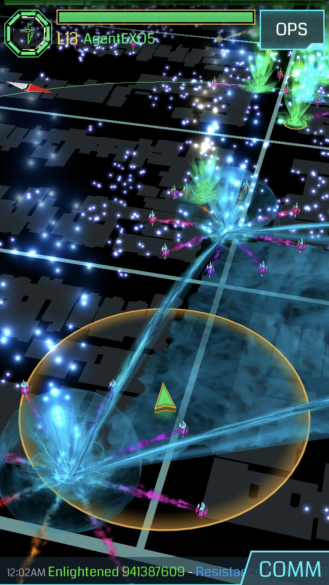 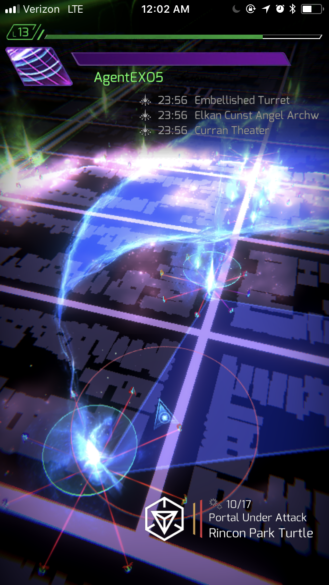 Ingress Prime will feature an entirely redesigned interface and new AR tech "leveraging smartphone cameras to immerse players." I'm not entirely sure what that means, but if it makes for some innovative new gameplay mechanics, it could be interesting. The redesign will also launch a new story arc for Ingress, including a reset of the game board, though players will retain their in-game progression, level, and items.

The new game is set to be released at an indeterminate point in 2018. If you'd like to familiarize yourself with how the game works before the redesign launches, you can check out the current version over on Google Play or APK Mirror.

Niantic Prepares to Reboot First Augmented Reality Game with Ingress PrimeAfter Five Years, 20 Million Downloads and Over 2,000 Real World Events, the Real World Mobile Game that Started it all Is Redesigned With New Look, AR Features, Enhanced User Experience and MoreNew Ingress Anime Series Coming in 2018
SAN FRANCISCO (Dec. 4, 2017) - Niantic, Inc., creators of Pokémon GO and Ingress, have revealed that Ingress Prime, the next generation of the company’s debut real world mobile game, is currently in development. Ingress Prime will build upon the foundation of the sci-fi mobile AR experience, which has been downloaded more than 20 million times and hosted hundreds of thousands of players at more than 2,000 real world events around the world since its launch in 2012. In addition to Ingress Prime, a new anime series is being developed based on the sci-fi universe of Ingress.

“When Ingress first launched five years ago, we helped create a new genre of games that foster exploration, discovery, friendship and exercise,” said John Hanke, founder and CEO of Niantic, Inc. “Ingress is the foundation of our real-world gaming platform and showcases our ability to create in-game and live experiences that can be a force for positive change in communities worldwide. With Ingress Prime, we’re ushering in a new chapter of the game for our passionate fans who have been with us since the beginning as well as the next evolution of the experience for those new to Ingress.”

The launch of Ingress Prime in 2018 will kick off a massive new story arc, beginning a brand new narrative for Agents worldwide. While the global game board will reset as part of the new storyline, current Agents will retain all of their current in-game progression, level and items in Ingress Prime.

Ingress represents a pioneering style of real world mobile games featuring innovative massively multiplayer gameplay. Neighborhoods and cities around the world are transformed into an interactive experience filled with mystery, intrigue, and adventure. Set in a unique sci-fi universe hidden in the real world, players are divided into two factions, The Enlightened and The Resistance, and must collaborate to discover and capture Portals disguised as public art and landmarks in the real world.

Ingress Prime will be available for iPhone, iPad and Android devices in 2018. To learn more about Ingress Prime and receive future updates visit www.ingressprime.com

About Niantic, Inc.
Niantic, Inc., builds mobile real-world experiences that foster fun, exploration, discovery and social interaction. Originally incubated within Google, Niantic, Inc., spun out in 2015, with investments from Google, The Pokémon Company, and Nintendo. The company’s immersive real-world mobile games Pokémon GO, which has been downloaded globally more than 800 million times, and Ingress are available on the App Store and Google Play. Harry Potter: Wizards Unite is Niantic, Inc.’s third game and is being co-developed with Warner Bros. Interactive Entertainment. For more information on Niantic, visit www.nianticlabs.com.