After its original release on iOS and (a geo restricted release in Canada) on Android I had all but forgotten about Amazing Katamari Damacy. For one, it was yet another endless runner, which is nothing new no matter how cool and respected the Katamari theme is. And second, it released as a free-to-play title, and I am sure all of you are quite familiar with how that tends to impede on the enjoyment of just about any game. So I didn't quite feel like I was missing out on much. With it officially launched on Android I can't say that my opinion of it has changed.

Now that I have gotten my hands on Bandai Namco's Amazing Katamari Damacy, I have to say it is most definitely a mixed bag. Yes, the overall design and music are just as quirky as its console brethren, and yet the FTP aspects that have you collecting two different types of currency, the inclusion of advertisements with no way to remove them, and a loot crate reward system that includes plenty of wait timers hobble what could have been an exceptional endless runner.

Just to be clear, the touch screen controls are spot on, though you will be running down a predesignated corridor instead of freely running around an open world. Your goal, as always, is to collect as many objects as possible while avoiding the obstacles in your path. There is also a jump mechanic included that allows you to jump over the many barriers in your way, but for the most part, you will be sliding your thumb from side to side for your general movement.

And as I already mentioned, there are two types of currency in this release. The coins are easy enough to collect by simply playing the game, but the secondary currency of rubies is a lot more difficult to obtain and will require you to deal with the loot crate system and their attached wait timers, which are conveniently unlocked with the very rubies you are hoping to earn within those loot crates. Of course, Bandai Namco has been kind enough to include packages of these currencies in the game's cash shop that range up to $49.99 per item as well as a coin doubler that costs $4.99 and serves as a pseudo game unlock. 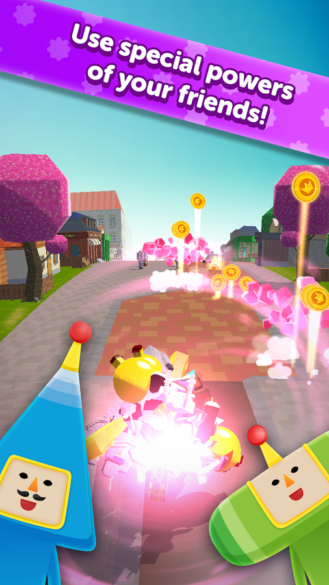 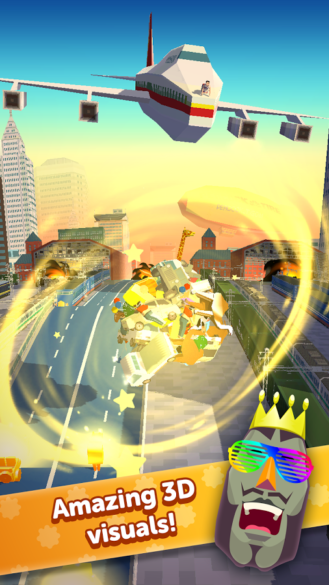 So yeah, there you have it. After years of being slightly out of reach we can all finally enjoy Bandai Namco's Amazing Katamari Damacy on Android. While it may not offer the exact same gameplay found in its console releases, plenty of its charm is clearly retained. And while it may be watered down by its FTP design, it's still worth a look in my opinion, especially when you consider that the game can be downloaded for free.