Anxiously waiting for 8.1 to land? It would appear that today is the day. Google has just released both the OTA files for sideloading 8.1 and the requisite factory images. Intrepid Android enthusiasts can flash the update, though it is worth noting that the OTA files aren't currently working when sideloading from DP2 on at least one device.

So far the OTA for 8.1 itself doesn't appear to be rolling out. At least, none of our devices here at AP have seen it just yet. But that shouldn't prevent you from flashing things manually or sideloading the OTA zip.

There does appear to be a problem with those migrating to 8.1 from the 8.1 Developer Preview 2. Dates for the two builds don't quite jive, resulting in an error when you attempt to sideload the update. That means, at least right now, you can't manually install the OTA on top of DP2. 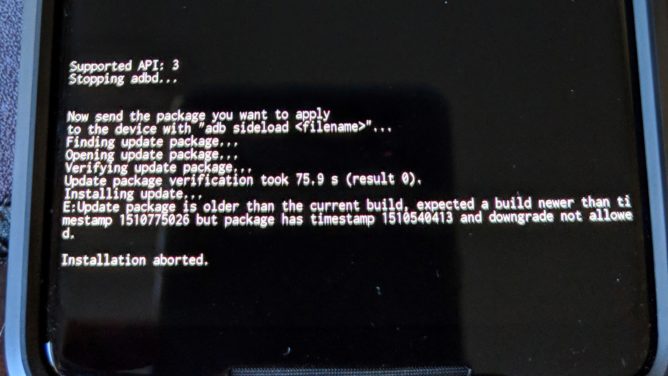 An official changelog hasn't been posted just yet, though developer documentation for 8.1 has been released. It should include the summary of changes from DP1 and DP2 for 8.1, including enabling the Pixel Visual Core, battery-draining highlights, tether hardware acceleration on supported devices, Ambient Display tweaks, Bluetooth battery levels in Quick Settings, and navigation bar tweaks for burn-in prevention, among a laundry-list of other improvements. For the full details, check our Android 8.1 Feature Spotlight series.

If you're impatient to check it out, downloads are just below:

Google's official announcement is now live in the form of a post made on the Android Developers Blog. It's not quite a changelog, but if you'd like to check out all the highlights for changes in 8.1 as well as the new Go edition, it's worth a quick read.