In the VLC interface, album art is now used as a blurred background when playing and navigating. Video information is now an overlay on the thumbnail, allowing for more thumbnails to be displayed on screen at any one time. It is also possible to select multiple items at once, in order to start a playlist. Picture-in-picture mode is also enabled in Oreo, and for Android TV devices on Nougat or Oreo. According to VLC Android developer Geoffrey Métais, the "application has also become a bit more dynamic." You can judge for yourself in the screenshots below. 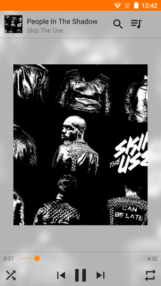 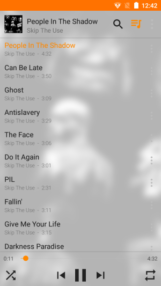 Android TV receives much the same treatment, with brighter colors in the layout, and the addition of scrolling video information, which is quite handy for long file names. 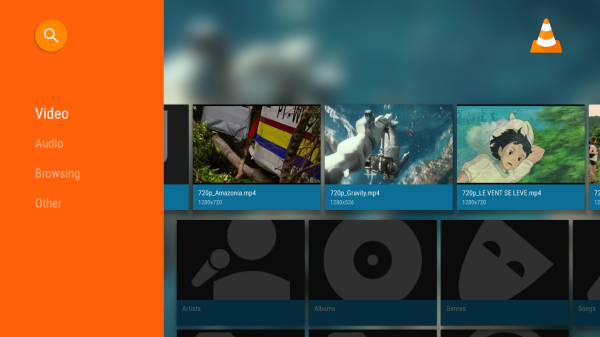 Though this was originally introduced in the VLC 2.1 beta, support for Android Auto is included. In the stable 2.5 release, you can start playing music using Google Assistant.

VLC 2.5 also brings a lot of important changes under the hood, most notably a complete replacement for the rather slow media indexing system the app previously used. Now, VLC uses medialibrary to index audiovisual content and manage it in an sqlite database. As this is native code, it is substantially faster than the Java code previously used for this purpose. This also brings the benefit of more useful search results, with the ability to scan NAS content planned for a future update. Core performance and format support were also improved, with support for VP8/VP9/VP10 in MP4 containers and HDMI passthrough added, as well as improvements to Adaptive (HLS/Dash) & TS playback. Finally, OpenGLES 2.0 is now used for video rendering for software decoders.

The full changelog from the previous stable version is:

VLC 2.5 supports Gingerbread (2.3) and higher (sorry, Froyo users). You can get it from Google Play or APK Mirror.

Google Safe Browsing will soon require apps with personal user or device data to provide a ...