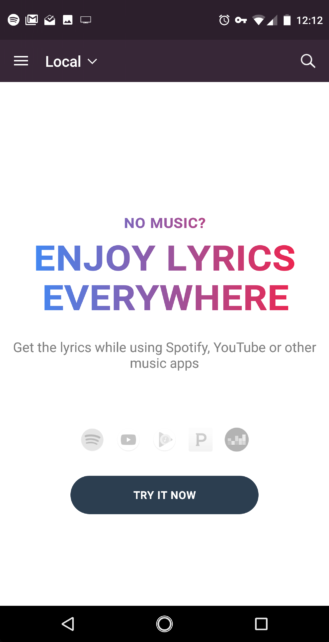 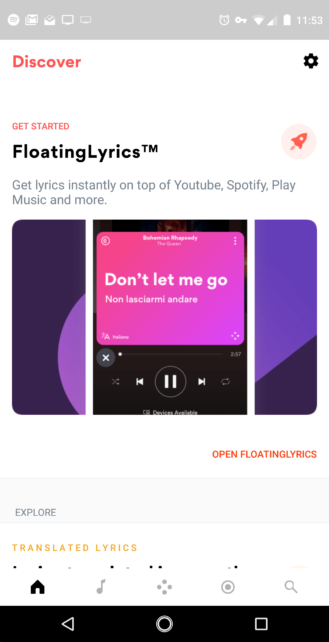 The iOSification of Android apps continues. Fire up this latest Musixmatch beta, and the first thing you'll notice is a recognizably Applish look and navigational layout. Like it or hate it, the new design is a significant improvement for ease of access over the old layout, which was much more convoluted. The sidebar navigation has been replaced with a bar and icons on the bottom of the screen.

Functionality within the app itself, though rearranged, is mostly the same. You can still contribute to lyrics, access local files, search lyrics, identify songs, and launch the overlay. 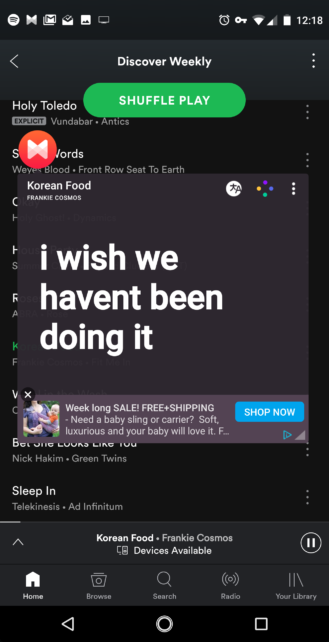 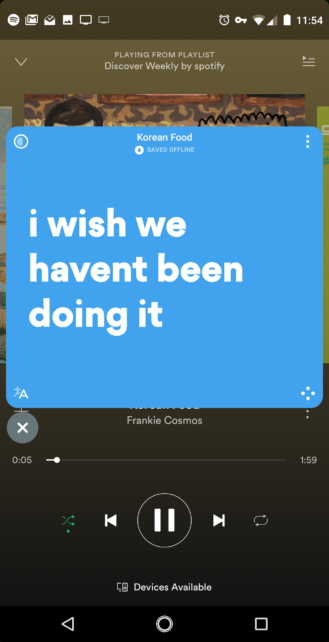 That "FloatingLyrics" overlay has changed quite a bit, too. Gone is the off-grey slightly busy design, replaced with a cleaner monochrome blue. And although the new layout is a bit more attractive, it isn't without its disadvantages. Previously you could free-form change the size of the overlay, but now (so far as I can tell) there are just two layouts presets which either fill the entire screen or create a bubble about half the vertical size.

Ads in the overlay are also much less obtrusive, though the ability to dismiss them is gone. 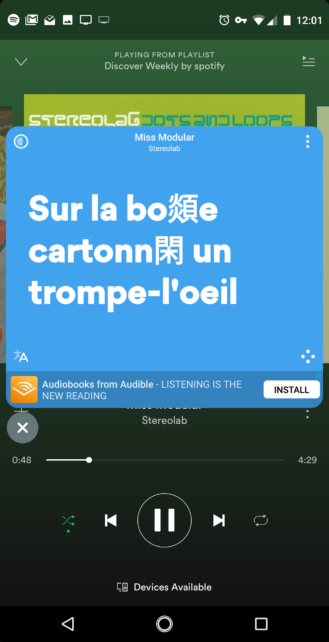 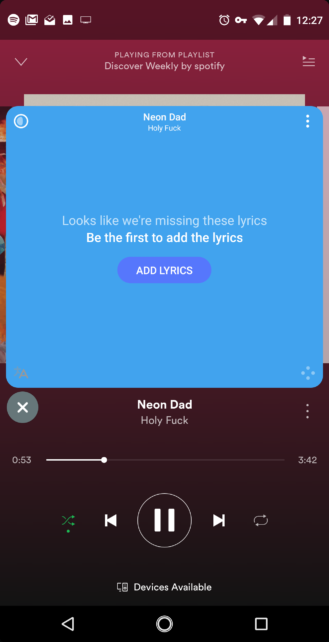 It's labeled as a beta release, but the only issues I found in my testing were related to lyric content. Since at least some of the service's text library is crowdsourced, lyrics aren't always the most accurate, as you can see in the example above. Some music was also missing lyrics entirely.

The full changelog for the beta update is just below.

We’re proud to show you Musixmatch 7.0, the next level of the Musixmatch experience
You’ll be the first to get your hands on this all new Musixmatch app!
Here is what you will find:
- Completely redesigned app with cleaner and modern UI
- New home section with translated lyrics, favourites, new releases and more
- Customisable player experience with colours and lyrics display
- A new space for the community that helps you contribute and browse through the top members of the community

If you want to download the update via the Play Store listing, you'll have to be a beta tester, which you can sign up for here. The update is also on APK Mirror if you prefer to go that route.

[Deal Alert] Get a free Galaxy Tab A 8.0 with purchase of an unlocked Note 8 today only