If you're in the market for an Android tablet (you probably aren't), the Galaxy Tab S3 is one of the best options out there. Part of that is due to its beautiful AMOLED display, which supports HDR video. While the WiFi version of the Tab S3 got an update adding support for Netflix HDR two months ago, it's taken until now for Verizon to throw the same functionality in.

This update, which carries build number NRD90M.T827VVRU1AQJ3, brings updates other than Netflix HDR support as well. It includes the October 2017 security patch and fixes an issue that the fingerprint setup wizard had been having. 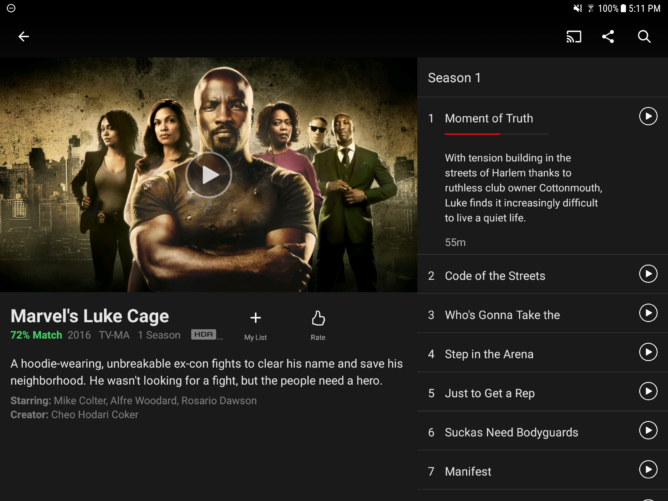 Do note that you will need a UHD-capable Netflix plan, as well as some HDR-capable Netflix content, to take full advantage of your Tab S3's new capability. If those two terms are satisfied, you should be seeing an 'HDR' badge in the show/movie's description area. Verizon Tab S3 owners, let us know if you've received the update yet.

Vidme shutting down after nearly four years of operation

[Free Alert] Grab 6 months of Netflix for absolutely nothing if you own a Pixelbook or a ...