A new version of Allo is making the rounds, and again with an evening release on a Friday. So far, no new features have been uncovered in this update, but we're still poking around for something to reveal itself. In the meantime, there's plenty of material to examine under the microscope of a teardown. We can see that contacting people through their Google account may be coming soon. Allo's upcoming camera effects are evolving as two old ones may have been removed, a new one turns up, and they're all getting new icons. And that's not all.

Earlier this month, we got a great hint from a teardown of Duo that we might finally be able to call people using their Google accounts, not just a registered phone number. It kinda went without saying that the same capability would be coming to Allo, and now some promotional text clearly confirms it.

All of the promo text is pasted below, but I've highlighted the key phrases that mention chatting with Gmail contacts and finding friends with their email address.

This should help a lot with the complaints that using Allo requires getting current phone numbers for contacts, which can be a tiresome process that takes a lot of time and added significant friction to adoption.

Camera effects are quickly becoming a regular appearance in our teardowns – for both Allo and Duo – but we've yet to see them actually go live in the app. This update brings a few notable updates to the topic as a new effect has been added to the list, two others seem to have been removed, and there are now redesigned icons for all of them.

We'll start with the new effect, which is called Amazed Face Rays. Like the other effects, this one will be listed in the app but requires a download of some resources before users can actually apply it.

If you're wondering what effect will come with amazed face rays, the icon in the next section probably demonstrates it pretty well. It looks like you'll have lines in a halo around your head, and I imagine they'll be glowing or maybe a bit faint to give the look of sun rays. 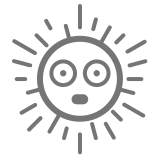 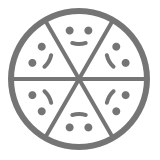 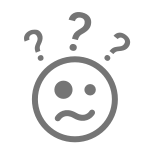 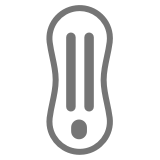 If you've been following our previous teardowns of Allo, you've seen some of the icons that will be used for the camera effects. The latest version includes completely redesigned icons. Not only are the shapes different, but they've grown larger and traded out the blue color for a simple gray. If nothing else, the icons look more representative of what the effects will probably look like – except the Bollywood Zoom, which looks...wrong. The old icons are included below for reference.

If you're paying attention, you may have noticed the blur icon above was completely replaced by the amazed face rays. It looks like blur effect might actually be gone, as the text labels for it have been removed. Likewise, the text for the Icecream-on-head effect has also been removed. The icecream icon actually still remains, but it didn't get a revised icon, which could mean it's not actually gone, but I'd sooner bet somebody just forgot to remove the icon.

While we're on the subject of cameras, there's a fairly standard feature missing from Allo: Camera flash. The good news is that you'll be able to get some extra lighting soon enough. Flash controls are coming, they just haven't gone live yet.

Some new resources turned up in this release that suggest the long-press action in chats may be getting replaced. This doesn't appear to be a functional change so much as a fairly significant cosmetic shift. Instead of changing the action bar with the long-press, the new layouts suggest there will be a pop-up menu that hovers over your chat window.

The main sign for this comes from a layout named long_press_bottom_sheet. It describes a horizontally oriented list of buttons matching all of the potential actions you would already find in the action bar. The big clue that this will be a pop-up menu comes from the container for these buttons (named long_press_menu), which uses a background (named long_press_sheet_background) that has rounded corners. I know, that sounds tenuous, but it's pretty clear nobody is going to wrap buttons in the action bar with a rounded rectangle.

At this point, it might just be a test, but I wouldn't be surprised to see the pop-up menu become the home of those contextual actions, especially since it's a closer match to a lot of the other rounded elements Allo already has and will be introducing in the future.

I'm going to close on a few strings that seem to suggest there will be a new tabbed interface coming soon. Three tabs are named: People, Shared Media, and Settings. Right now, they are only referenced in some obfuscated code and it's not really clear yet what they will be able to do, but my initial feeling is that group chats may get a tab layout for convenient access to a list of participants, the attachments shared to that chat room, and its settings.

Nanoleaf Aurora review: The coolest and most extravagant smart lights you can own