For a lot of us kiddos back in the late 90's, Furbies were something of a craze. I know I had at least one of the retrospectively terrifying gadgets—though I'm at a loss to remember why, exactly, I thought it was cool. Whatever my youthful motivations may have been, enterprising hobbyist Zack of howchoo fame has turned our collective childhood memories into an intelligent Lovecraftian abomination. Meet Furlexa.

Furlexa is a pseudo-Amazon-Echo running on a Raspberry Pi Zero W and packed inside the salvaged corpse of a reanimated Furby. It runs on the AVS (Alexa Voice Service) that Amazon makes available to third-party developers, tinkerers, and hardware manufacturers to integrate Alexa into their products.

Zack also replaced some of the other hardware, like the substandard mic and speaker. In all, it took him about a year of trial and error to get the tiny atrocity completed, though he anticipates doing it again would only take him a few hours.

For the full Frankensteinian details, you can check out the build log, though the more passive horror of seeing it in action via the video above has me officially convinced that Elon Musk is right about AI.

Behold the face of terror: 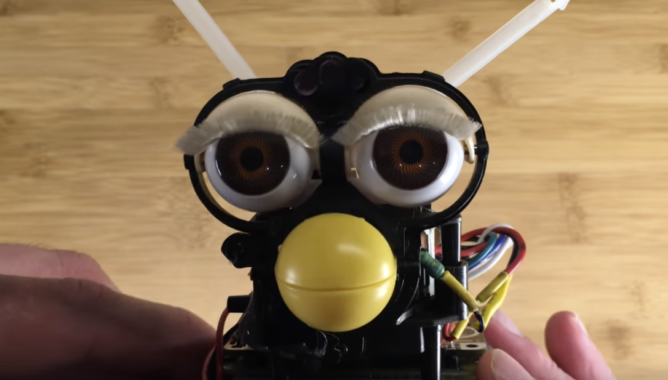