Headup Games had quite a bit of success with the release of their first The Inner World point and click adventure game. So much so that they decided to bring the sequel to consoles before it was released for any mobile platform. But as of last week The Inner World - The Last Wind Monk has finally made its way to Android, and that is a very good thing indeed.

Anyone familiar with the first game will be aware of its top-notch hand-drawn artwork that was very beautifully animated. It also had a quirky story that contained plenty of amusing character interactions. But it was the numerous challenging puzzles that set it up as one of the best point and click adventure games on Android back in 2014.

This is why a sequel was so eagerly awaited, and now that it is here it does not disappoint. Unlike the first title, this sequel contains a bit of a darker theme. So if you are expecting something as lighthearted as the first release you may be a little disappointed. But short of the shift in tone everything else that was celebrated in the original is still a part of this sequel. The art direction and animations are still top-notch, and there are plenty of new and challenging puzzles to work your way through in the 5 1/2 hours it will take to beat the game. Oh, and there isn't even a need to have played the first The Inner World just to enjoy The Inner World - The Last Wind Monk as its story is self-contained and does not require any prior knowledge.

If you are a fan of quality point and click adventure games or simply enjoyed the original The Inner World release, you will undoubtedly find The Inner World - The Last Wind Monk to be quite a delightful game filled with mind-bending brainteasers, a stylish art design, and some really sharp writing. For $4.99 you really can't go wrong, especially when you consider that there are zero in-app purchases or advertisements to muddy up the experience. 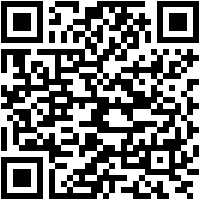