LG announced it would begin rolling out a beta version of Android Oreo for the V30 in South Korea earlier this month, allowing users in the region to enroll in its 'Preview Program' if they wanted early access to the build. Despite this, there had yet to be a single report of a V30 getting Oreo since then. That has changed today, with some users claiming they have finally received the beta update on their devices.

The update is around 1.2 GB in size and includes several bug fixes and new features. The version that's rolling out to V30 units is labeled V300K19c and the one for the V30+ is V300L19C. According to XDA user snaketooth2007, it looks like Project Treble isn't present in this update. Support for Treble would hopefully make it much easier and faster for OEMs to roll out upgrades to Android versions beyond Oreo, so the fact that it's missing is a bit of a disappointment. Still, it's possible that it might be added before the official build is released. 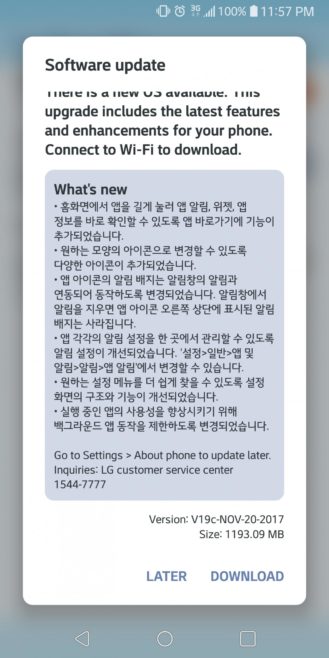 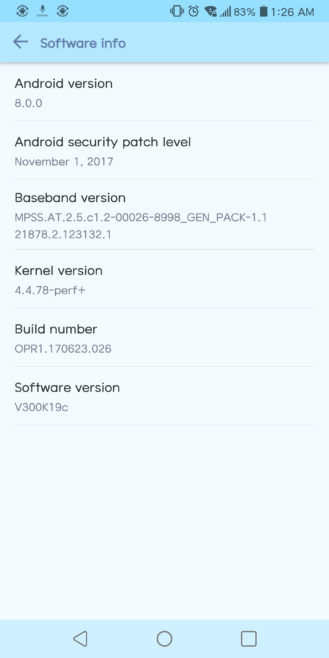 According to a press release at the beginning of the month, LG had plans to send out the official Oreo upgrade to V30 users in South Korea in December. That currently only gives the preview program a month at most to iron out all the bugs in the beta version, which seems awfully short. We'll have to wait to see if LG can meet their goal of finishing the final Oreo version by the end of the year, which will ideally mean that a worldwide Oreo release for the V30 and V30+ would be slated for not too long after that.