Ah, Motorola. You were once one of the most enthusiast-friendly OEMs, yet you've now sunken down to a level deeper than possibly any other major phone manufacturer in this regard. Just a few years ago, your Moto X-series of phones were the absolute best phones on the market with updates: the Moto X (2013) beat the Nexus 4 out to 4.4 KitKat, and the Moto X (2014) did the same to the Nexus 5 with 5.0 Lollipop. These updates were rolled out mere days after Google officially launched them. However, it took over a year to update 2015's Moto X Pure Edition, the company's flagship at the time, to the now-dated Android 7.0 Nougat. Oh, how the great have fallen. 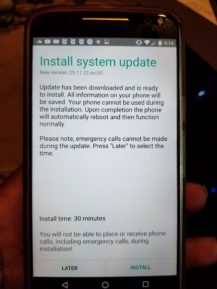 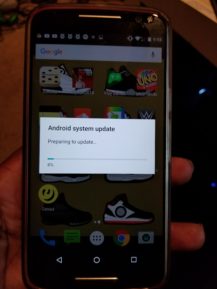 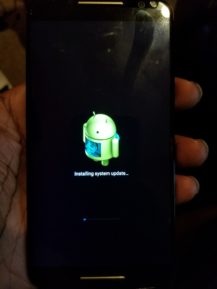 In case you're unfamiliar with the Moto X Pure Edition's journey to getting Nougat, allow us to explain. In late July, Motorola released the 7.0 Nougat update for the Moto X Pure in Brazil (where it's known as the Moto X Style). This had already been an extremely long wait from Google's original Nougat announcement. A few days later, Motorola uploaded the Nougat source code for the Pure Edition. And now, nearly two months later, we're finally getting reports of Moto X Pure Editions in the United States receiving the update.

We're seeing quite a few excited owners posting about the update on Twitter, with some noting that this was the first update (yes, including security updates) they'd seen in about a year. This would ordinarily be an incredibly embarrassing thing for any phone manufacturer, but it seems like Lenovorola just has no shame anymore. Let's not forget that this is Android 7.0 Nougat, not even 7.1.1. At least the September 1st, 2017 security patch is current. 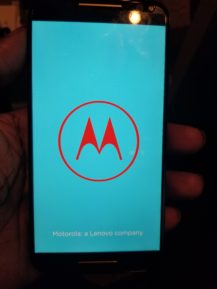 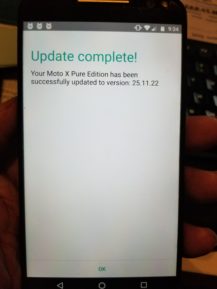 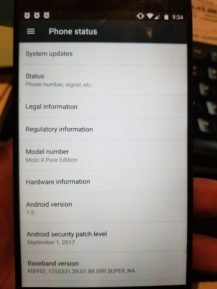 Motorola seriously needs to do something about this. The company still makes solid hardware, with Ryan going as far as calling the Moto G5 Plus "the king of budget phones," but this whole update situation is a legitimate issue. I still have a Moto X Pure Edition lying around at home, and it's been running Android 7.1.1 Nougat via LineageOS in a completely stable form for months now. The fact that some custom ROM developers can update a phone far more quickly and to a newer version than the official company is just sad. And let's not forget how the company tried to worm its way out of updating the Moto G4 Plus to Oreo, and even when confronted, agreed to only update the Plus (and not the nearly-identical G4) at a likely very late date.

Get your shit together, Motorola.

If you have a Moto X Pure and you haven't received the update yet, your time has come. According to multiple reports on XDA, Reddit, and the Motorola support forums, Android 7.0 is now being pushed to everyone. Just in time for phones to start getting 8.0 Oreo!

Google says that Pixel 2 random reboots may be fixed in Android 8.1 DP2